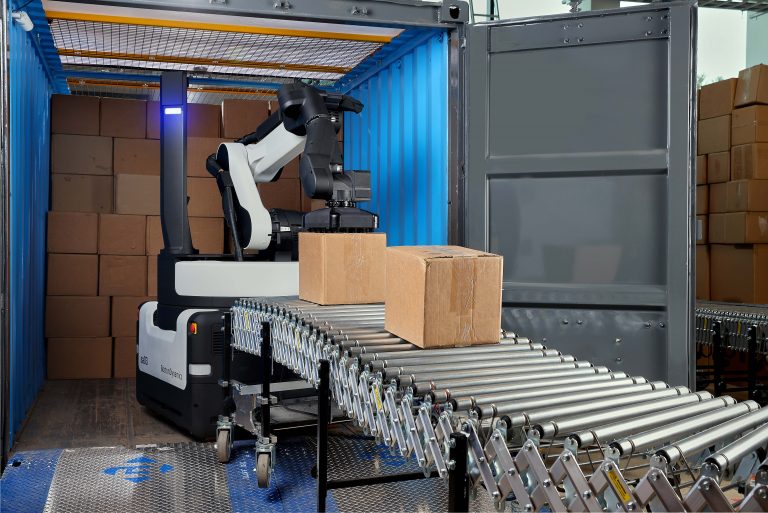 Integrating automation and technological advances in logistics would seem, to employment, a rather problematic endeavor. However, logistics is a game of numbers in which scale and optimization are key. Industry giants are consequently moving towards automation as a priority.

The search for a better supply chain operation has long been tied to technological growth covering multiple advances such as AI, blockchain, robotics, and so on. Some big firms have formed partnerships with robot makers in efforts to help and facilitate the better flow of goods and logistics.

The recent deal of NFI – the leading third-party logistics provider – with Boston Dynamics is one of those remarkable.

Boston Dynamics is well-known for its all-star lineup of robots including spot atlas and stretch. Stretch was developed last year with a clearly defined target: warehouse/logistics setting. The commercial robot’s first deal was made in January with the logistics giant DHL. And now NFI has committed to a $10 million deal to bring Stretches to its U.S. warehouses.

Supply chain robots need little to no human intervention, which is in favor of the current workforce crisis in the supply chain. The investment of NFI is not only part of the change in the field but also aims to make significant contributions to that change through experiments with robots.

Stretch will take care of loading and unloading tasks in the factories. Additionally, amid high-peak seasons, the system will help stay with the rising demand while guaranteeing safe and efficient operations.

“Demand for goods continues to rise, and robots like Stretch can help NFI alleviate some of the challenges associated with that surging demand. Stretch makes truck unloading a safer and more efficient task, and NFI can pass that efficiency along to its customers,” he added.

According to the NFI’s plan, Stretch’s integration will start in 2023 at a Savannah, Georgia facility. The remainder of the distribution will occur during the following years. Gap and H&M have also expressed interest in bringing robots to their warehouses.