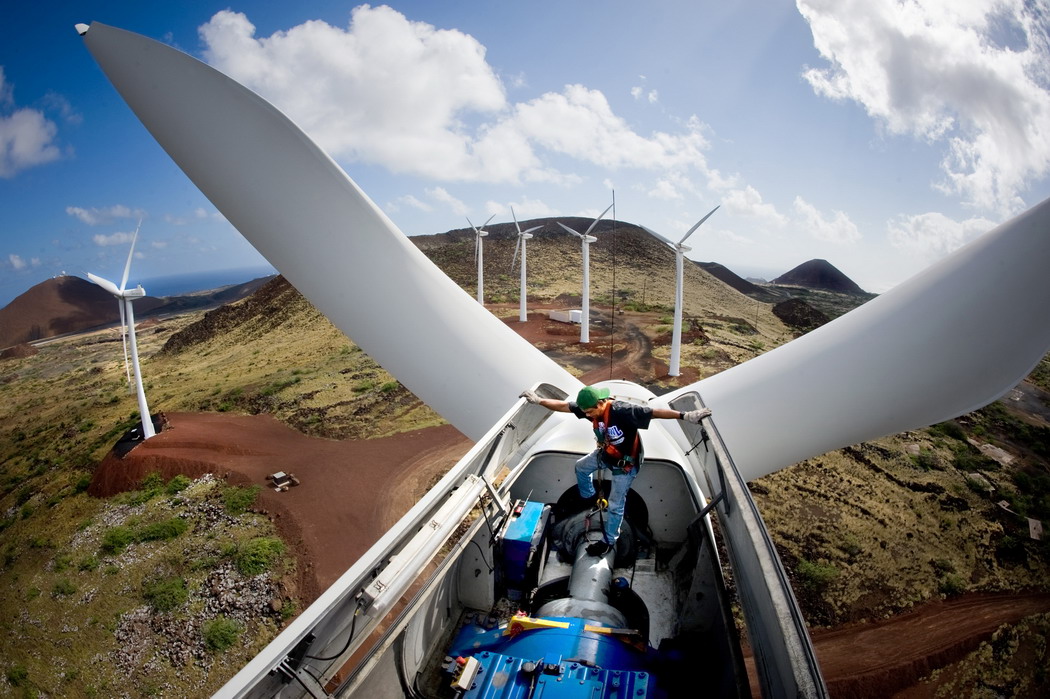 The US wind industry is now the leading builder of new US power generation capacity among all forms at 42%. At the end of 2012 the US had 45,125 utility-scale turbines with a capacity of 60,000 MW according to the American Wind Energy Association (AWEA) roughly equivalent to 60 nuclear power plants. The cumulative effect of wind energy on the US economy now qualifies the industry as one of the new motors of growth and prosperity. The industry now employs 80,000 people, grew by 28% and attracted $25 billion in new investment in 2012.

Uncertainty has crept into the wind turbine building boom due to recent debate over the fate of the industry’s $0.022 Production Tax Credit (PTC) per kilowatt hour. It is believed the tax credit by itself is responsible for pushing the US past China and into first place internationally for new wind turbine projects.

On January 1, 2013 the PTC was renewed by Congress, 70% of whose members have wind facilities in their districts, until the end of 2014. To date 43% of utilities in the United States now have wind-generated electricity as part of their systems or through agreements. The widespread adoption of wind energy and its growing success means that it may become the first renewable industry to become incentive free. General Electric leads the turbine manufacturing market in the US with a 38.2% share. Siemens comes in at 21.1% and Vestas at 13.8%. The industry is now shifting to turbines that incorporate fast and furious technology breakthroughs in electronics, mechanics and materials so that they can build larger and taller towers with bigger rotors and longer blades.

General Electric leads the world for low wind regions with its 1.6 MW machine and represents 40% of all installations. There are currently about 600 US wind-related manufacturing facilities in 44 states producing components that make up the turbines. This includes 13 utility scale size blade factories, 12 power facilities and 12 turbine nacelle assembly facilities.

Improving US Grid to Distribute New Supplies of Energy

Grid upgrade, expansion and improvements are needed to fully take advantage of new sources of energy which are sprouting up all over the US.