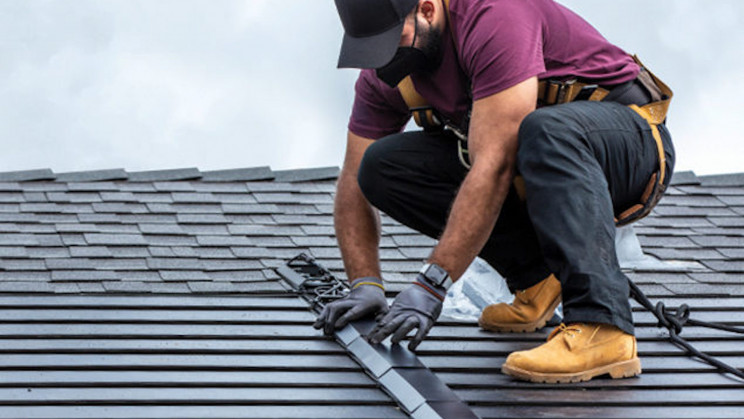 In 2016, Tesla decided to turn every shingle into a solar panel. In place of putting solar panels on a roof, Tesla makes the roof out of solar panels. But Tesla’s solar tiles turned out to be challenging to install. Solar shingles have traditionally been difficult to install, as they replace traditional shingles to act as roofing material and solar cells.

It required a professional team, as they need to replace traditional shingles with solar shingles that will act as both roofing material and solar cells. So this job used to take weeks to complete.

Now GAF Energy, a division of the roofing giant GAF, has developed solar shingles that are very easy to install. No special equipment or professional knowledge is required for installing GAF solar tiles. It is also quicker in the installation procedure. The GAF solar roofing technology was unveiled at the Consumer Electronics Show (CES).

The new design is called the Timberline Solar. For this, customers need not replace the entire roof, but it allows specific patches of roofing to be replaced with solar shingles.

According to GAF Energy president Martin DeBono, the solar shingle is “the only product to integrate solar technology into existing roofing processes and materials to yield a full-fledged solar roof, enabling the mainstream deployment of clean energy via traditional roofing channels.”

According to the company, its new shingles can be installed by any qualified roofer with their standard equipment.

DeBono added, “All you need to install the solar shingle is a nail gun,”

“It goes up just like a regular shingle that can be nailed on the roof like any other shingle.”