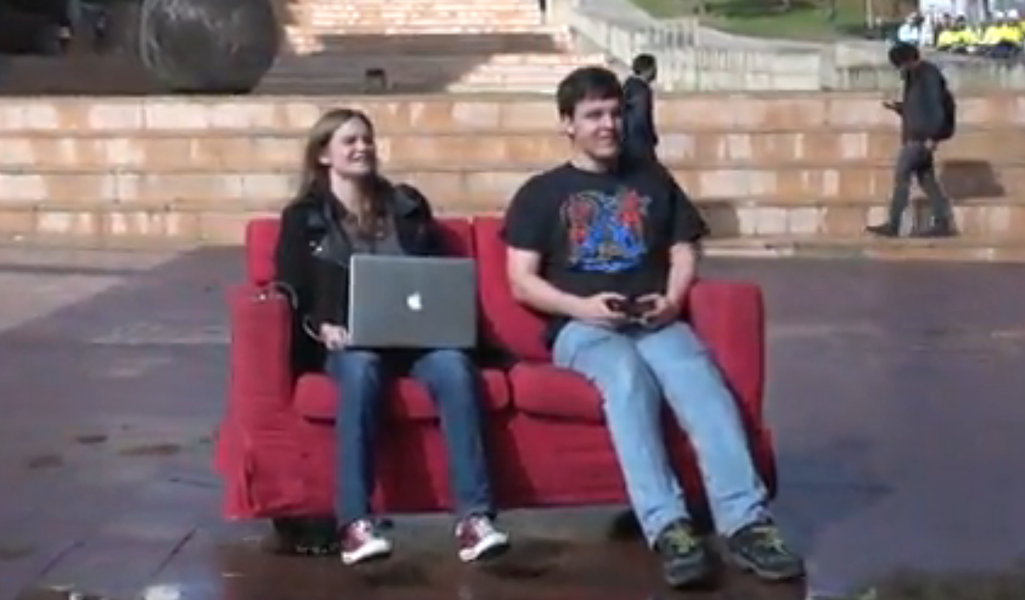 Nine engineering students at the University of New South Wales in Australia have developed a robotic couch, aptly named the “robocouch”, capable of transporting you places through the use of a Raspberry Pi and simple USB gamepad controller.

The robocouch is not the typical couch, featuring a custom-built steel chassis with mecanum wheels instead of traditional legs. The wheels function by 12V electric scooter motors, connected to a controller. The unique couch weighs upwards of 220 pounds and can cruise at a max speed of 9.3 miles per hour.

For now, the robocouch remains a novelty that the engineering students put about a year of hard work into, but one of the students behind the creation of the couch, Steph McArthur, sees a  bright future for their invention.

McArthur said, “The couch fits quite nicely down corridors and in lifts, so if we can fit it out with different sensors to map indoor areas, then it could potentially navigate from one place to another, and not crash into things along the route.”