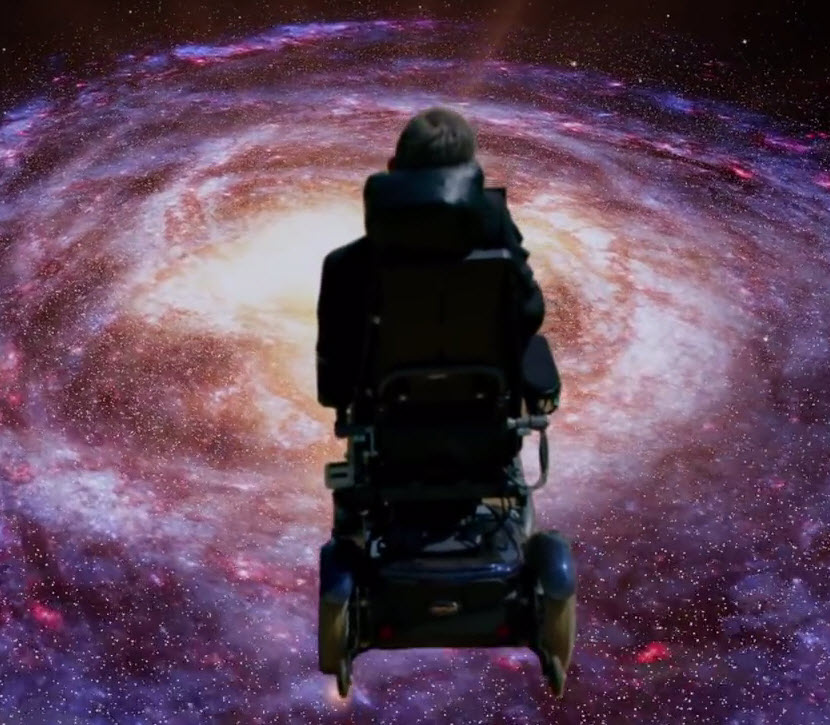 They say scientific or mathematical minds are closely aligned with music. Einstein played the violin, for example. Now physicist Stephen Hawking has teamed up with Brain Cox (who he runs down with his wheelchair) and Monty Python to show a bit of his musical talent as well as his sense of humor as he flies through the universe.

For those who don’t remember the cult classic movie “The Meaning of Life,” the following are lyrics from the Galaxy Song from the movie:

Whenever life gets you down, Mrs. Brown
And things seem hard or tough
And people are stupid, obnoxious or daft
And you feel that you’ve had quite enough

Just remember that you’re standing on a planet that’s evolving
And revolving at nine hundred miles an hour
That’s orbiting at nineteen miles a second, so it’s reckoned
A sun that is the source of all our power

The sun and you and me and all the stars that we can see
Are moving at a million miles a day
In an outer spiral arm, at forty thousand miles an hour
Of the galaxy we call the ‘milky way’

The universe itself keeps on expanding and expanding
In all of the directions it can whizz
As fast as it can go, the speed of light, you know
Twelve million miles a minute and that’s the fastest speed there is

So remember, when you’re feeling very small and insecure
How amazingly unlikely is your birth
And pray that there’s intelligent life somewhere up in space
‘Cause there’s bother all down here on Earth

Following is the Galaxy Song sung by Stephen Hawking:

And here is the original from the movie by Monty Python: