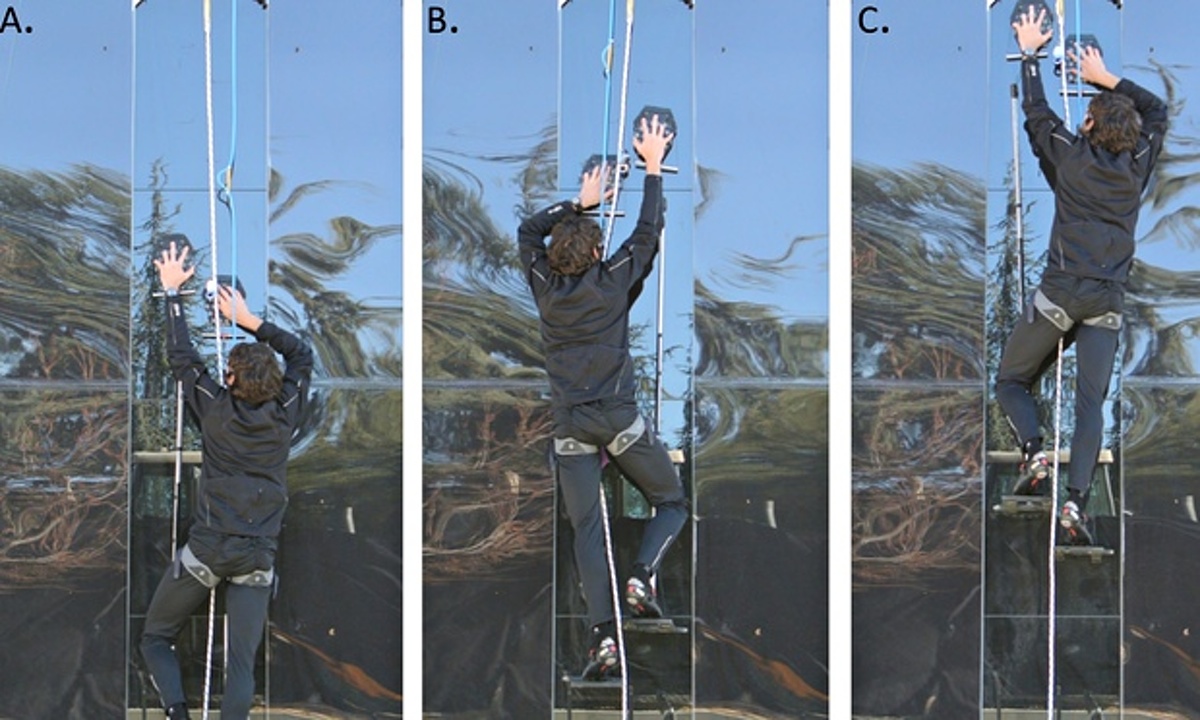 Elliot Hawkes from Stanford makes it very clear that he and some of his peers “have an issue” with the idea that Spider-Man is not plausible.

To silence the haters, Hawkes decided to develop a pair of gecko gloves that would enable a human to scale a building in a similar fashion to Spider-Man.

Back in 2014, Hawkes built a prototype that featured 24, 100 micrometer long adhesive tiles, each coated with a sawtooth-shaped polymer.

When you press the shapes against a building/wall, only the tips touch at first, but by applying pressure, large amounts of friction can be created, and, in turn, a Spider-Man esque climbing ability is created as well.

Once you ease up on the force, the friction is gone, enabling you to SLOWLY but surely scale a wall.

The current version of the gecko gloves is much improved compared to the original version and is capable of supporting approximately 2,000 pounds, according to Hawkes.