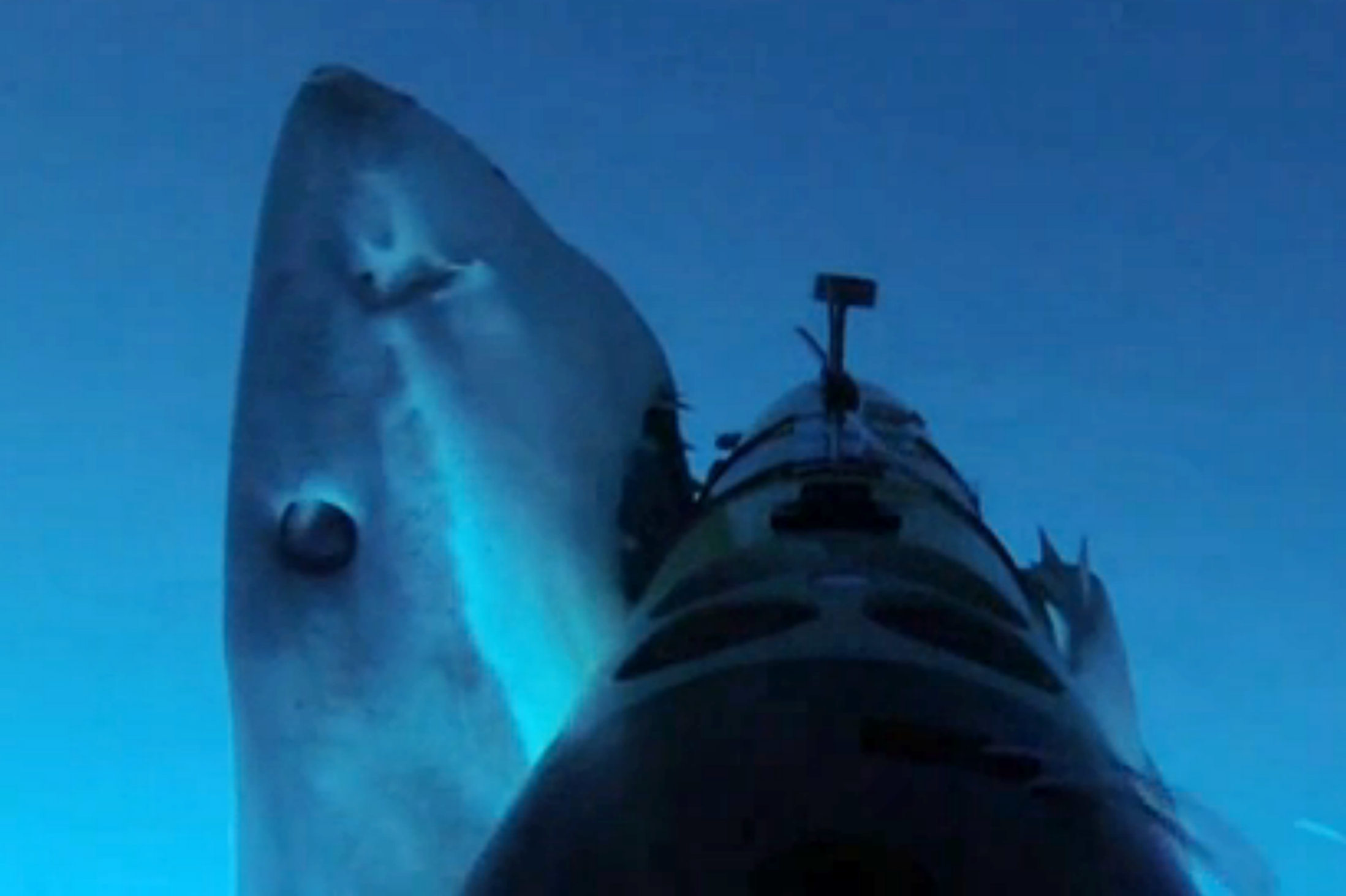 A video of a shark attacking a robot that has been following it around, filming its day to day activities, has taken the internet by storm thanks to footage released from Woods Hole Oceanographic Institute and the Discovery Channel.

The folks at Woods Hole created the REMUS SharkCam, essentially an autonomous underwater robot capable of carrying out missions, in this case following around sharks tagged with specific acoustic tracking transponders, without the need for human interaction. The REMUS 100 has six GoPro cameras attached to it and was doing its duty when all the sudden one shark seemed to have had enough of being tracked by the robot.

Incredibly, the great white shark in the video, known to have a bite force of 360 pounds doesn’t do any noticeable damage to the 5-foot long, 80-pound beast of a SharkCam.

The encounter sure did make for some awesome footage though!