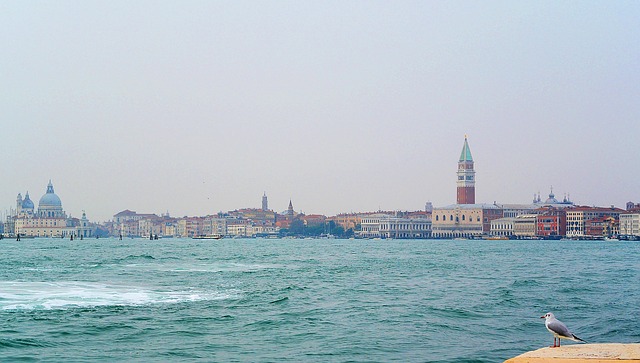 Currently approximately 71% of the earth’s surface is ocean and if global warming projections are accurate, and so far they have been, more of the earth’s surface will be submerged.  With the threat of rising sea levels some architects are beginning to think of ways that city buildings can be created to float on water, like fishing lures, providing both work and living space.  The idea of floating islands is not new but floating skyscrapers are: they would float like “tips of icebergs” with most of the structure underwater, giving them ballast and stability.

eVolo Magazine started inviting architects, engineers, designers, and artists from around the globe to its annual skyscraper competition in 2006.  Annual entries are breathtakingly creative and include migrant skyscrapers, a Himalayan water tower, mountain band aids, vertical landfill, foldable cities, and much more.  In recent years there have been a number of entries exploring “life and work at sea.”

In addition to floating skyscrapers and cities, designers also envision mobile research vessels and factories of all kinds.  For example, architect Jacques Rougerie, created a design which he has been refining for a decade, funded in part by the European space agency, called the SeaOrbiter.  The vision is for NASA trained astronauts and teams of research scientists to travel the oceans like Jacques Cousteau.  Exploring the oceans is considered by some to be mankind’s next giant leap.  We have only explored approximately 7% of the ocean floor and less than 1% of the ocean itself.

It is not well known but amongst the tallest skyscrapers in the world are oil platforms tethered to the ocean floor.  Take Troll A, an offshore natural gas platform off the west coast of Norway.  It is one of the largest and most complex building projects ever.  Standing at 472 m and weighing 683,600 tons it is the tallest structure ever moved from one place to another.  It has a gravity base structure made of concrete.

Designers and architects see an easy transition from such structures to livable floating skyscrapers and even cities running on renewable energy sources including wave power, solar power, and kinetic energy.

With advances in materials science and construction creativity and imagination in adapting humans to our changing environment is just taking off and it will be interesting to see who builds what, where!