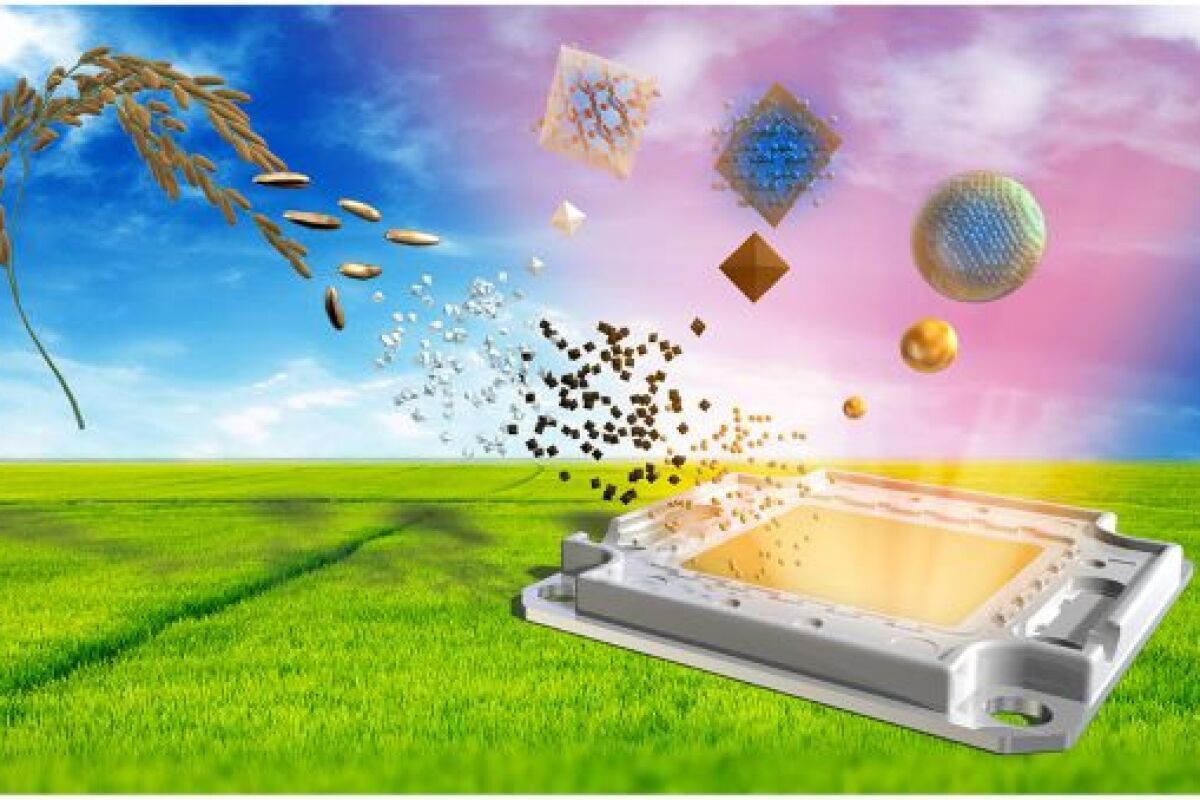 But what are quantum dots (QD):

Quantum dots (QD) are semiconductors that are considered ideal light emitters for current and next-generation displays. From TVs to solar cells, to cutting-edge cancer treatments, quantum dots are proving their potential in many fields. But manufacturing them is not good for the health of our environment.

“Since typical quantum dots often involve toxic material, such as cadmium, lead, or other heavy metals, environmental concerns have been frequently deliberated when using nanomaterials,” said Ken-ichi Saitow, lead study author and a professor of chemistry at Hiroshima University. “Our proposed process and fabrication method for quantum dots minimizes these concerns.”

Did you know that about 100 million tons of rice husk waste is generated globally each year.  In this study, researchers have developed a new type of silicon quantum dot using rice husk waste.

Researchers used a combination of chemical etching, heat treatments, and milling to process the rice husk silica. They milled rice husk and extracted silica powder. It was then heated in a furnace to obtain porous silicon, which was then reduced in size.

Saitow said, “This is the first research to develop an LED from waste rice husks,”

The research was published in the journal ACS Sustainable Chemistry & Engineering.

NFI Explores The Future of Logistics With Robot-Human Dynamics