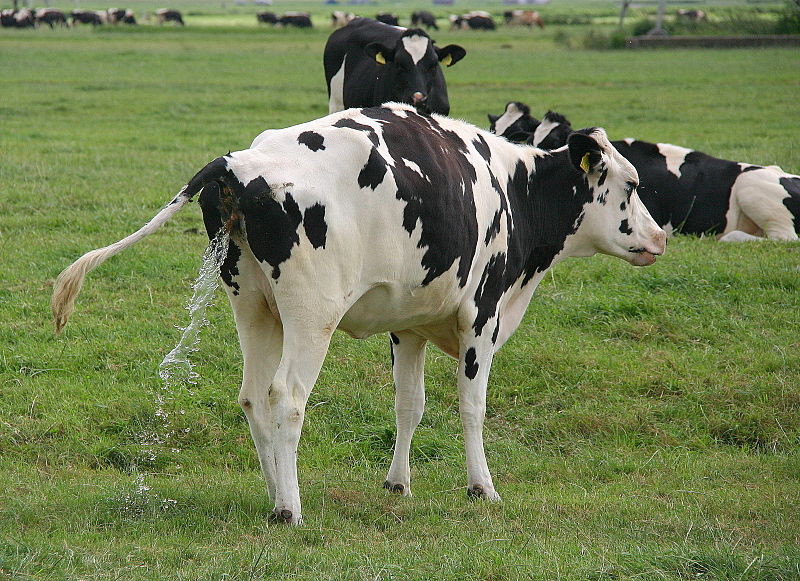 Problems due to Climate change are becoming bigger, evident, and more severe at an increasing rate. Did you know that approximately 10% of all global greenhouse gas emissions from human activities come from cattle?

Methane emission from cattle is a frequently discussed environmental issue. But cow urine also results in degradation of both air and land health. Each day farmed cattle produce about 66-88 pounds of feces and 8 gallons of urine.

Although ammonia produced from cow waste doesn’t directly contribute to climate change. But, when it is mixed with soil it converts into nitrous oxide, a greenhouse gas. Then it has negative effects on the environment.

According to the researchers, dealing with cows’ liquid waste could have genuine long-term climate benefits.

So to pave the way for more ecologically friendly farms, scientists are toilet-training cows

In earlier experiments, researchers had little success. However, this latest study suggests that cows can do so just as young children.

Jan Langbein, an animal psychologist at the Research Institute for Farm Animal Biology (FBN) in Germany, said, “Cattle, like many other animals, are quite clever and they can learn a lot,” “Why shouldn’t they be able to learn how to use a toilet?”

Scientists tried a technique they called the MooLoo approach to teach calves to relieve themselves in a toilet area. Researchers trained the calves using a system of rewards and mild punishments. When calves relieved themselves in the assigned area, they were awarded a sweet drink or some mashed barley. However, when they urinated elsewhere, they were gently punished by collar vibrations or cold water splashes.

Within the period of few weeks, researchers were able to toilet-train 11 out of the 16 calves.

Douglas Elliffe, a professor of psychology at the University of Auckland, said, “If we could collect 10% or 20% of urinations, it would be sufficient to reduce greenhouse gas emissions and nitrate leaching significantly,”