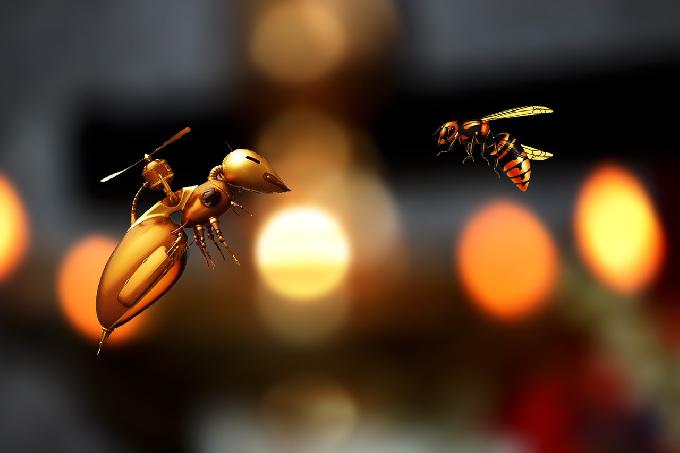 Photo by mariananbu / CC BY

Who would have even thought robotic insects would become a thing? Even a necessity? But here we are in the 21st century and Robobees, Roboflies and military insect robots are real. Believe it or not, robot bees can fly, swim and dive out of water powered by tiny rockets. The soon will be used in search and rescue operations. What will they be capable of doing tomorrow?

Wall-Mart recently filed a patent for the world’s first robot be to pollinate crops. And NASA plans to colonize Mars with the help of robot bees.

The Microbiotics Lab (ML) at Harvard and the Autonomous Insect Robotics Laboratory (AIR Lab) at the University of Washington are leading the development of this technology.

What Problems Could Robotic Insects Solve?

According to AIR Lab:

” We built the world’s first fly-sized drone that does not need a wire to the ground to supply power and control signals. This is a challenge because of the difficulty of miniaturizing the circuitry to drive the robot’s piezo actuators. The piezo actuators, which drive its flapping wings, require a step-up voltage converter. We figured out a new way to quickly make the ultra-light circuit and incorporated the first microprocessor brain on-board, creating a circuit weighing less than a toothpick. We provided power using an infrared laser beam.”

” Our research focuses on mechanics, materials, design, and manufacturing for novel robots. This includes robotics at unique size scales – microrobotics – and robots that depart from conventional rigid morphologies – soft robotics”