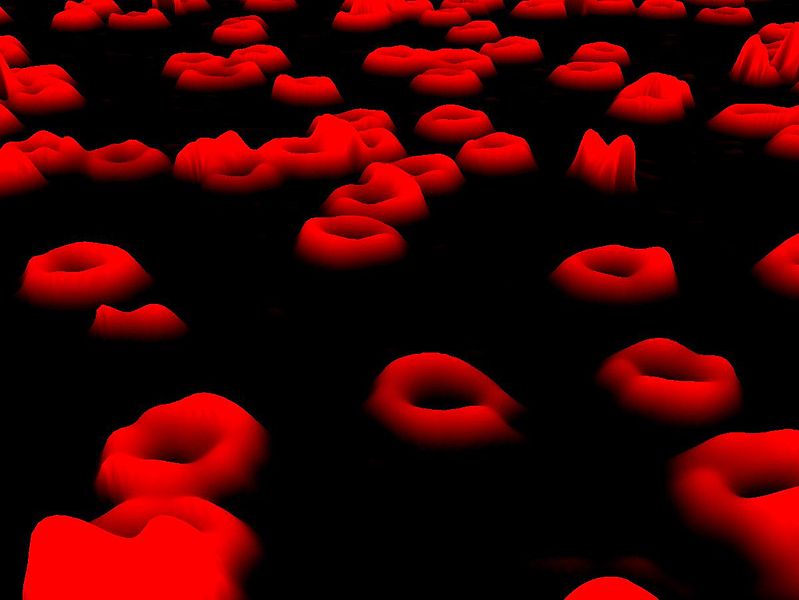 Researchers in the UK and Ireland have produced artificial red blood cells that are fit for transfusion. Scientists, led by the Scottish National Blood Transfusion Service (SNBTS), developed the fake blood using stem cells and will soon be testing the blood cells on patients in a groundbreaking new trial.

The £5m research has been funded by Wellcome Trust and is led by principal researcher Professor Marc Turner, who revealed the research to the Telegraph.

“Although similar research has been conducted elsewhere, this is the first time anybody has manufactured blood to the appropriate quality and safety standards for transfusion into a human being,” he said.

The research has another few years left with a projected completion date in early 2017 says Prof Turner. He explains that the research will benefit people suffering from Thalassaemia, a weakening of the red blood cells that can lead to anemia.

Turner insists that the artificial cells are completely safe and says it is encouraging news for blood banks that could one day lead to a hefty supply of Type-O blood that is clean and disease free. Over 90 million red blood cell transfusions take place globally every year, says Wellcome Trust.

Once the blood has been transfused, it will be monitored regularly for its performance, adds Turner.

Dr. Ted Bianco is the Director of Technology Transfer at Wellcome Trust and echoed many of Prof. Turner’s remarks while welcoming the breakthrough. “Harnessing the power of stem cell biology to contribute to healthcare is one of the most exciting opportunities we can expect to see reach fruition in the coming years,” he said, adding that the research still has a number of obstacles and challenges ahead.

“Although blood banks are well-stocked in the UK and transfusion has been largely safe since the Hepatitis B and HIV infections of the 1970s and 1980s, many parts of the world still have problems with transfusing blood,” Prof. Turner told the Telegraph.

The research could be a huge turning point for extending blood transfusion efficiently in third world countries where donations are scarce. It is a medical practice that is often taken for granted in the developed world.