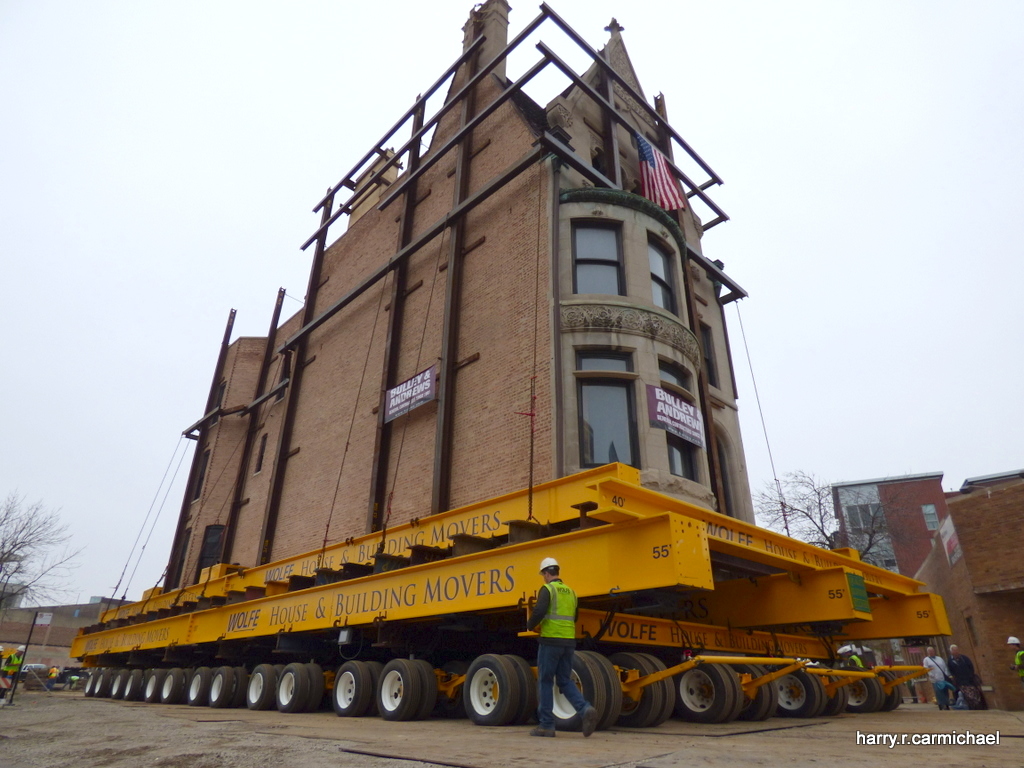 Last year, IndustryTap reported on a 3,400 ton, 130-year-old Tabernacle in Salt Lake City raised up on pilings so that an additional story and basement could be built beneath it. Today we look at an example of relocating landmark buildings.

This week, engineers from Wolfe House & Building Movers began relocating a landmark known as the Harriet F. Rees building. The building is a three-story Romanesque Revival-style home in Chicago’s Near South Side, built in 1888. It is being moved just 600 feet north, across the street, about one block.

The relocation will make way for a new entertainment district that will include DePaul University’s new basketball arena and a Marriott hotel. The cost of the move was reported to be more than $6 million with the cost of the new lot, picked up the city, $1.6 million.

The building itself weighs 706 tons with the protective framework used to support it, bringing the total weight to 1,045 tons. The framework measures 95 feet long, 72 feet high and 25 feet wide and sits atop 232 wheels and 29 hydraulic dollies. The project took several weeks to set up but the move itself, which began Tuesday, is expected to be completed on Thursday.