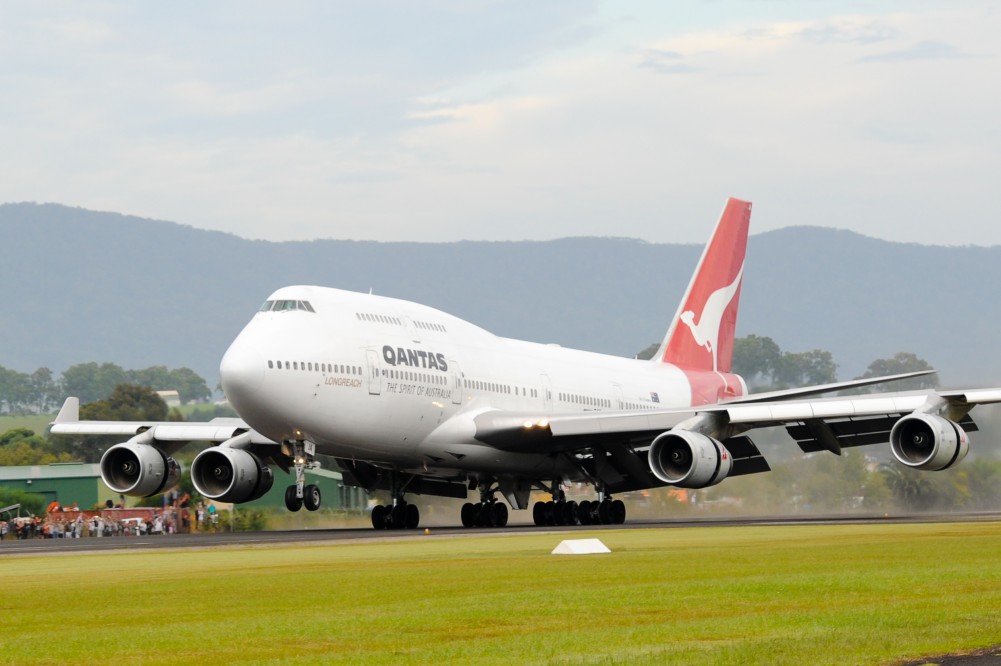 As IndustryTap reported in January “After Tragic, Mysterious Year In Aviation, Qantas Named Safest Airline In The World For 2015,” Qantas, the flagship carrier of Australia, seems to be doing a lot right these days, including painting the sides of its plane with Aboriginal art and donating its most famous Qantas 747-400 to Australia’s Historical Aircraft Restoration Society (HARS).

In March, 2015, Qantas Airlines retired the oldest aircraft in its fleet of 247 planes, a Boeing 747-400 named “City of Canberra”, after 25 years of commercial flight service. Since its beginnings, Qantas has named all of its planes after a city in Australia. The plane holds the world record for longest non-stop commercial flight, flying 11,185 miles (18,001 km) from London to Sydney in August, 1992.

The following video shows the now-famous Boeing 747-400 coming in for her final landing, a short 17-minute flight from Sydney to Illawarra Regional Airport in Wollongong, Australia, before being put out to pasture.