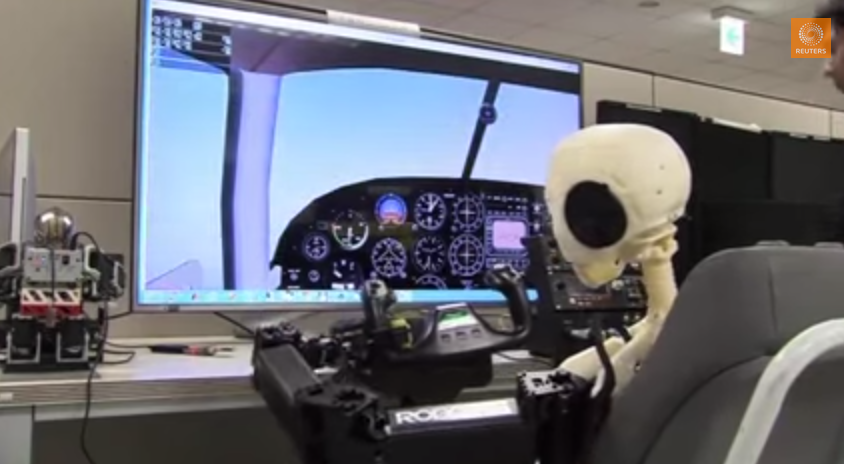 PIBOT is a South Korean robot capable of flying a plane on a flight simulator, which is the best way to determine if the robot could eventually pilot a real plane.

Technically, robots already fly planes in the form of computers built into an aircraft’s control technology, but PIBOT actually has a head, arms, and legs which is more impressive.

PIBOT was designed specifically to one day be able to fly planes and helicopters among other aircraft, reverse-engineered from a human aircraft interface for the best possible results.

The main goal behind PIBOT is too fly aircraft in situations too dangerous for human pilots such as flying over a nuclear reactor accident or a natural disaster.

As technology progresses, that lofty goal looks like it could potentially become a reality.