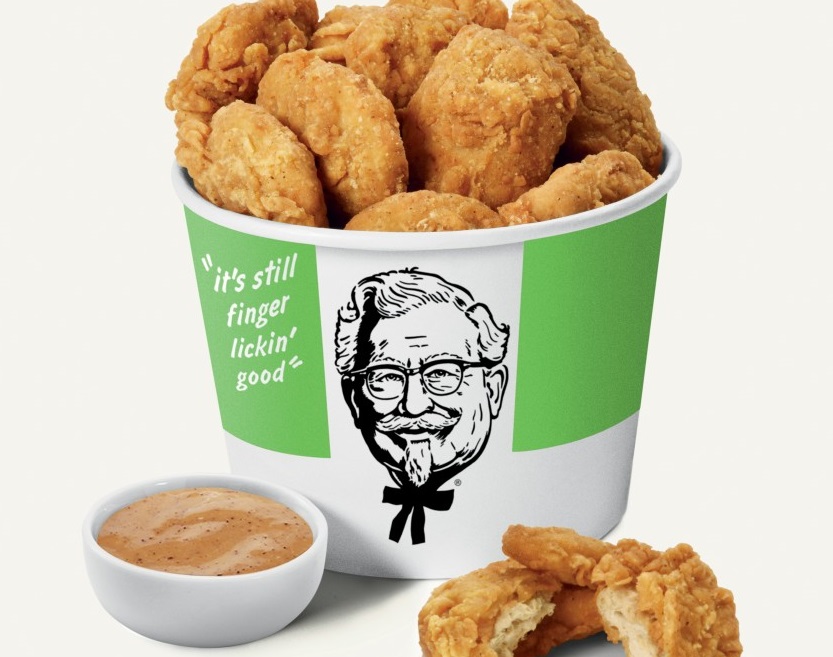 KFC has joined the trend of offering “fake meat” products to the people, in the same way that “Impossible Burgers” and “Beyond Burger” have been doing during the past couple of years. For KFC, the food chain that marketed whole buckets of unhealthy, greasy, fattening stuff, this was a bold move that very few in the industry expected. Yet according to the reports, the “Beyond Fried Chicken” test that was carried out in an Atlanta KFC branch saw all of the available boneless chicken wings and nuggets fly off in just five hours.

People queued outside the restaurant from early on, showing their ardent interest to try the new plant-based chicken wings offered by KFC, and according to the feedback, they found it much more satisfying compared to similar products, saying that it really tastes like chicken. Now, vegans from around the country are eagerly waiting for KFC to announce that they will make the plant-based chicken available across the country, but nothing is certain yet. KFC will likely run a couple more “limited runs” to evaluate the people’s response before they decide to upscale their collaboration with “Beyond Meat” to cover the whole nation.

The most important thing for the fast food giant is that this test run made them headlines, surprising competitors, and giving a chance to plant-based food advocates to wave their flag. A recent research found that 18% of American adults are looking for ways to incorporate more plant-based food in their diets, so this move is fully in alignment with the market demands right now. Experts point out that McDonalds are planning something similar by early next year, so this is undoubtedly the future for all fast-food chains.

The Lightest Electric Vehicle Ever Made