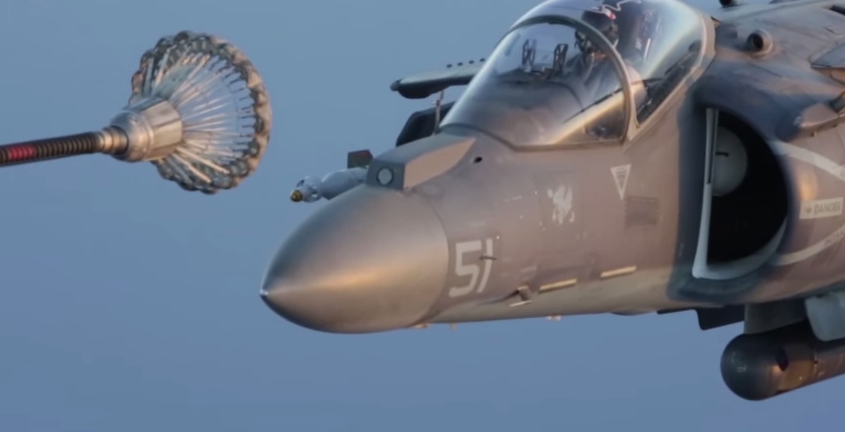 According to the YouTube description, the video below shows SP-MAGTF Crisis Response KC-130s and Ospreys Conduct Refueling Rehearsals with 22nd Marine Expeditionary Unit’s Harriers over the Mediterranean Sea.

On 19 June, 2014 the Air Combat Elements attached to Special Purpose Marine Air-Ground Task Force (SP-MAGTF) Crisis Response and conducts as fly-by over the USS Bataan (LHD-5), conducts fixed-wing and rotary-wing aerial refueling with the 22nd Marine Expeditionary Unit’s Air Combat Element and rendezvous with one of their MV-22 Ospreys before returning to base, June 15th, 2014, Mediterranean Sea.

You can barely see in the video, but the plane is carrying live ordnance, the reason for which is unknown. Regardless, the midair refueling of of these aircraft never gets old!

Getting You There Faster With LORADS III: The World’s Most Advanced Air Traffic Management System
New Neuromorphic Computer Chips for Brain Like Computing