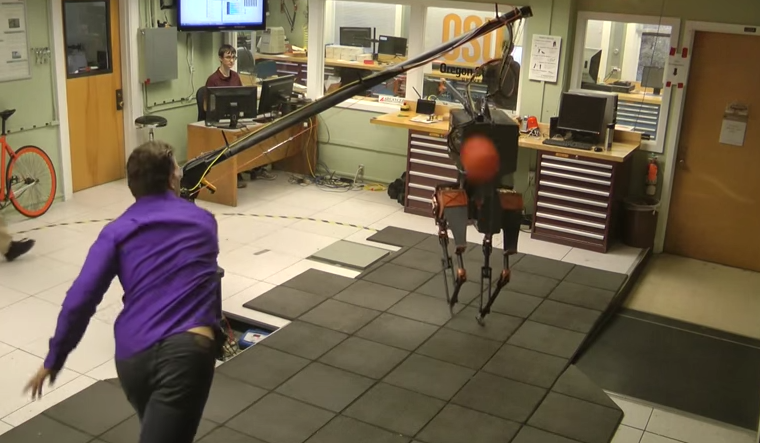 In order to show off the robot’s balance, they continuously pegged ATRIAS with dodgeballs while it pranced around on its “spring-mass” legs.

The robot performs extremely well in the balance test, utilizing the same concept employed by pogo sticks to stay balanced until it gets hit with a cheap shot.

The ATRIAS robot gets drilled in its emergency shutdown button, which I guess could be equivalent to certain parts of humans, and immediately shuts down.

Hey, we’ve all been there!

Most importantly, however, the ATRIAS robot showed off the incredible ability to stay upright until the knockout blow was delivered.

You can check out ATRIAS being kicked by engineers HERE. 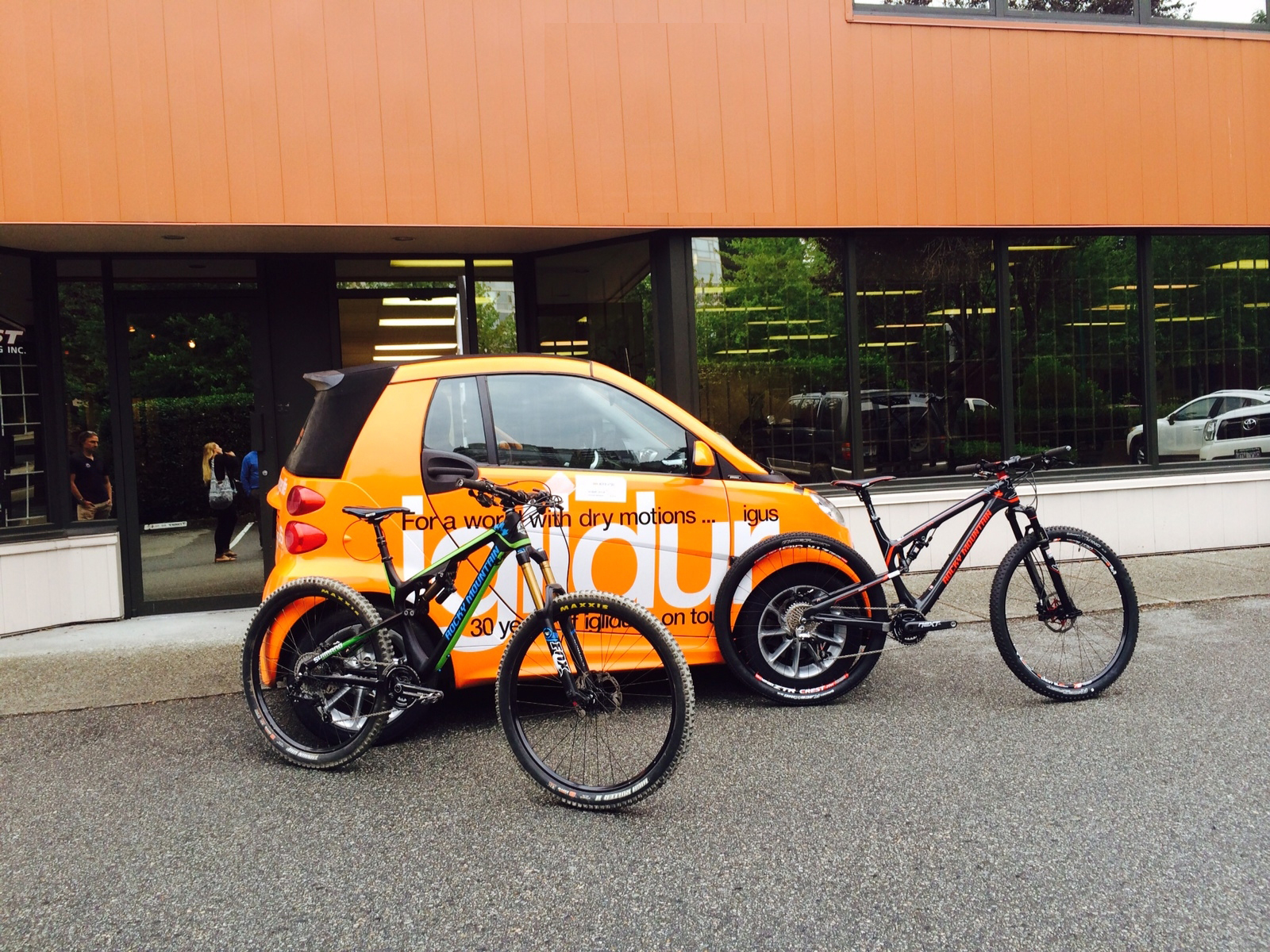