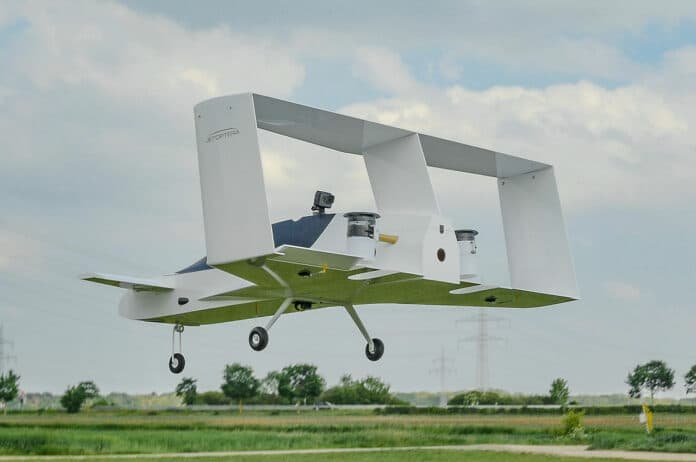 Jetoptera, a Seattle-based aerial mobility start-up is working on an innovative vertical take-off and landing (VTOL) aircraft concept. The design is based on Dyson’s “bladeless fan”, leveraging air into huge amounts of thrust.

Jetoptera has demonstrated the ability to attain speeds of 0.8 Mach or 614 mph during testing, making it quicker and much quieter than a Boeing Dreamliner.

Jetoptera says its concept vehicle J-2000 is 30 percent lighter than comparable VTOL designs with traditional bladed fans. Because of that, the VTOL vehicle could save up to 50 percent on fuel for future carbon-free travel.

The Fluidic Propulsion System leverages small amounts of moving air to push through outside air and generate thrust. A gas or electric turbine embedded with the airframe is used to compress air and turn it up to 15 times more powerful for the process.