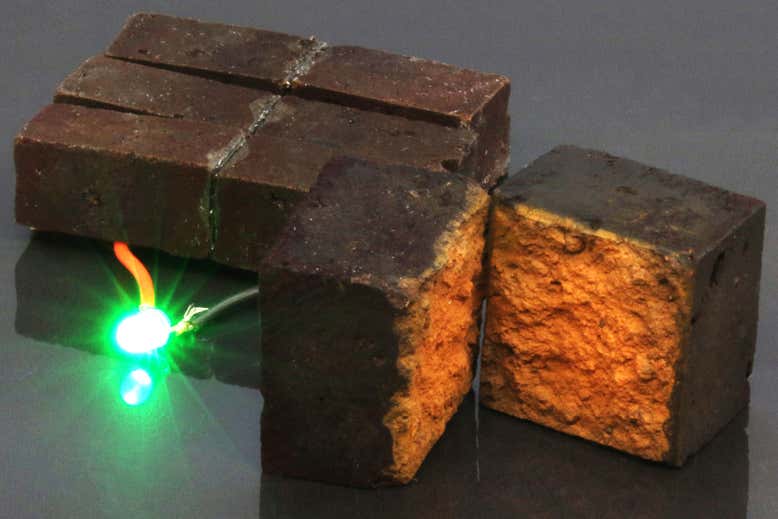 Now our buildings can function as a power plant

A team of researchers at Washington University in St Louis have developed a way to turn regular bricks into batteries. With this innovation most common building material red bricks can be charged to store energy like batteries.

They did it by filling the pores of brick with tiny conducting nano-fibers of plastic that can store a charge. In early tests, the bricks were capable of powering a small LED light.

In the past, some architects have used the bricks in the way to absorb and store the sun’s heat. But this is for the first time somebody has used bricks as batteries.

Researchers used porous properties (microscopic holes) of bricks. They did it by filling pores with tiny nanofibers of conducting plastic that can store electric charge. In their tests, the bricks hold enough current to light a small LED light. But if their capacity is increased, it can prove to be an economical substitute for lithium-ion batteries.

Julio M. D’Arcy, one of the study authors, said, “What we have demonstrated in our paper is sufficient enough for you to light up emergency lighting that’s in a hallway or sensors that could be embedded inside the walls of a house,”

“The next step is trying to store more energy so that you can power bigger devices — like maybe a laptop — directly from the walls of the house.”

At present energy generated is too small. But the researchers foresee that they can increase this tenfold by adding materials like metallic oxides.

This new form of technology would not only cheaper but also has a minimal effect on the environment. If in the future, scientists successfully developed brick’s energy density comparable to lithium-ion batteries…it will prove to be a game-changer.