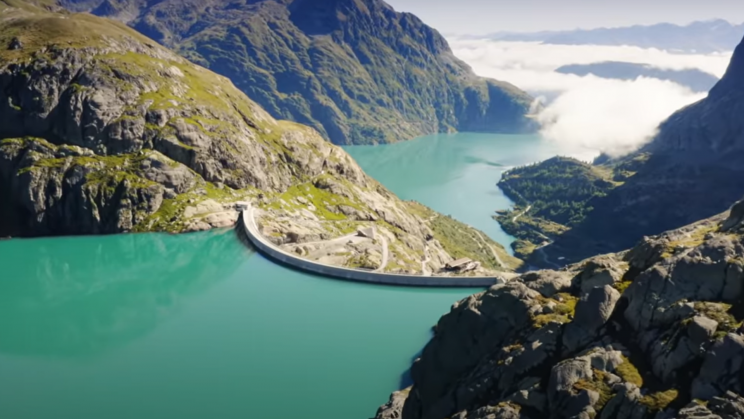 Now, scientists have developed a 900 MW ‘water battery’ capable of storing electricity equivalent to 400,000 electric car batteries. This Nant de Drance plant in Valais, Switzerland which was under construction for 14 years is now operational.

The Nant de Drance power plant is located 2,000 feet (600 meters) underground in the Swiss Alps. It is located in a cavern between the two reservoirs of Emosson and Vieux Emosson. Both the reservoirs are located at different heights.

Just like charging a conventional battery, this water battery can also store electricity. At times when power production is high, excess electricity is used to move water from the lower pool to the higher one.

However, in case of high power requirement, the water is moved in opposite direction…from higher to lower reservoir. This released water rotates a turbine that helps in generating hydroelectric power. This plant has six turbines that can generate 900 MW of power.

This water battery has a storage capacity of 20 million kWh. It will help in stabilizing power supplies in Switzerland and Europe.