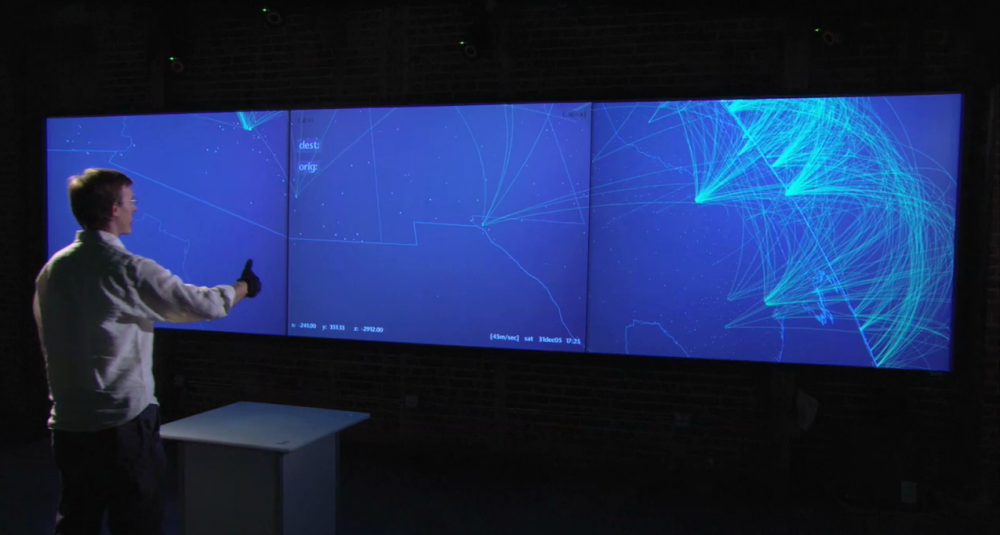 Many have wondered when graphics and video will advance enough to allow a revolutionary shift in the experience of using computers, communication and creativity. According to John Underkoffler, CEO and Chief Scientist at Oblong Industries, desktop graphics technology now routinely available at computer stores or from online retailers would have cost $1 million just 10 years ago. This is not only bringing an improved experience to home users but revolutionizing the way companies of all sizes think, design and work. Oblong counts among its clients Boeing, IBM, Dentsu Aegis Network, NTT and many more.

Underkoffler, an MIT Media Lab researcher, has been called a “Tony Stark” for his company’s creation of cutting edge user interfaces such as the one pictured below used by Tom Cruise in Minority Report. Underkoffler co-founded Oblong in 2006, has been developing next-generation computer interfaces since and won the 2015 National Smithsonian Design Award.

Underkoffler sees the invention of the Apple Macintosh as a seminal watershed in the development of highly usable and functional computer interfaces. The Apple Macintosh completely changed the way people interacted with computers with its graphical user interface, novel computational capabilities, and how many people could use them. In order for the Apple Macintosh to create a completely new operating system, new mouse drivers were needed and the system had to be built from the ground up. This was the major accomplishment of Apple’s engineering and design teams.

Oblong’s latest technology is called Mezzanine, a visual collaboration operating system allowing teams at far-flung locations to visually collaborate, share content and work in a shared workspaces all integrated with mobile devices. This technology is very expensive today but in 10 years will be available to the masses.

One of the key components of Mezzanine is its g-speak Spatial Operating Environment (SOE) which took more than 15 years of work at the MIT media Lab to develop. G-speak includes real-time computer graphics and advanced visualization technology.

According to Underkoffler during a TED Talk, “the interface and the OS are one. They are inseparable from each other.”