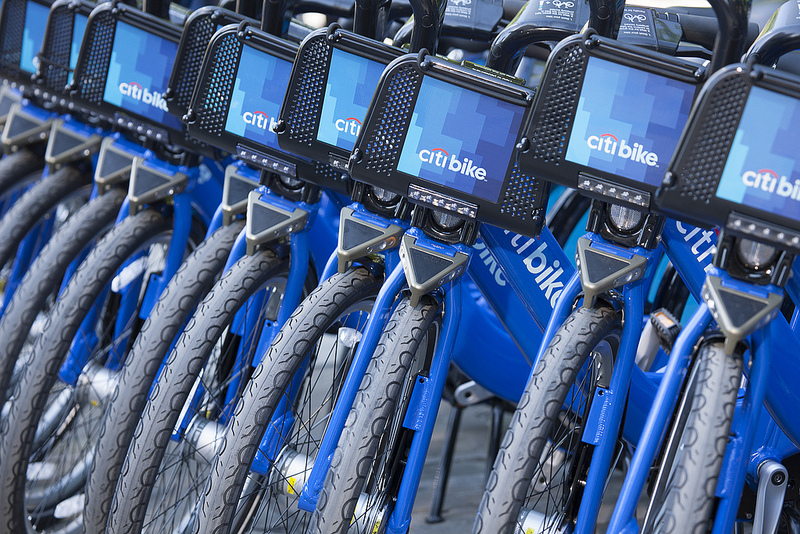 Over 94,000 annual members rely on CitiBike to get them from point A to point B, even in winter. Photo © New York City Department of Transport / Flickr

Public bike sharing schemes launched in cities like London and New York have been a success. But New York’s Citi Bikes, launched in May 2013, are now facing their first winter, where conditions are much colder and more prone to snow and ice than in, say, London.

NYC Bikeshare and the Department of Transportation have had to develop new ways to keep the bikes and their stations fully functional during the harsh weather. Usually, stations are located on the edge of streets but for winter have been moved to sidewalk stations with workers assigned to shovelling out snow that may inhibit commuters accessing the bikes.

Citi Bike, which operates biking systems in other cities, may shut down some services due to adverse weather. They were forced to do so recently at one station in Boston. If you’re registered with Citi Bike, you’ll be alerted to any shut downs via text or social media so you can plan the re-route for your commute if necessary.

The measures pre-empt any issues with winter’s weather on the bike share system, as heavy snow and freezing conditions can play hell with a bicycle, requiring the cyclist to tread more carefully and go easier on the brakes on icy surfaces. Any cyclists still biking this winter season should be wary of the conditions in the days ahead by keeping an eye on the weather forecast.