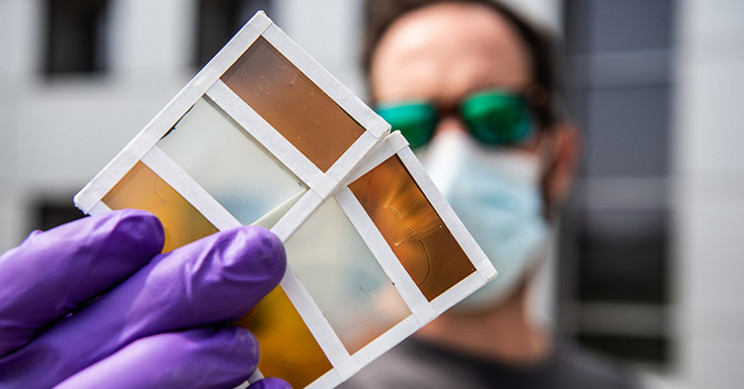 Windows are great for lighting indoors, but in summer months windows can cause a rise in indoor temperatures. Now, researchers have developed windows that block the incoming sunlight and are solar panels as well.

Scientists at the U.S. Department of Energy’s National Renewable Energy Laboratory (NREL) unveiled smart windows that not only change color on heated by sunlight but also generate electricity. By changing the color of windows it blocks glare and reduces the need for cooling.

These windows are made from a thin sheet of perovskite which is sandwiched in between two panes of glass. Solvent vapor is also injected in between the two. In this window, perovskite is transparent when the temperature is low. But as the temperature rises, perovskite crystals rearrange themselves, first into a chain, then a sheet, then a cube. Each shape changes the color and blocks light to different degrees. Color change obstructs the sunlight and as the color changes the electricity generation begins.

When the temperature of glass reaches between 95 and 115 °F (35 and 46 °C), it starts changing color. Window color shifts from transparent to yellow, orange, red, and brown, in about seven seconds.

Bryan Rosales, a lead author of the paper, explained, “A prototype window using the technology could be developed within a year,”