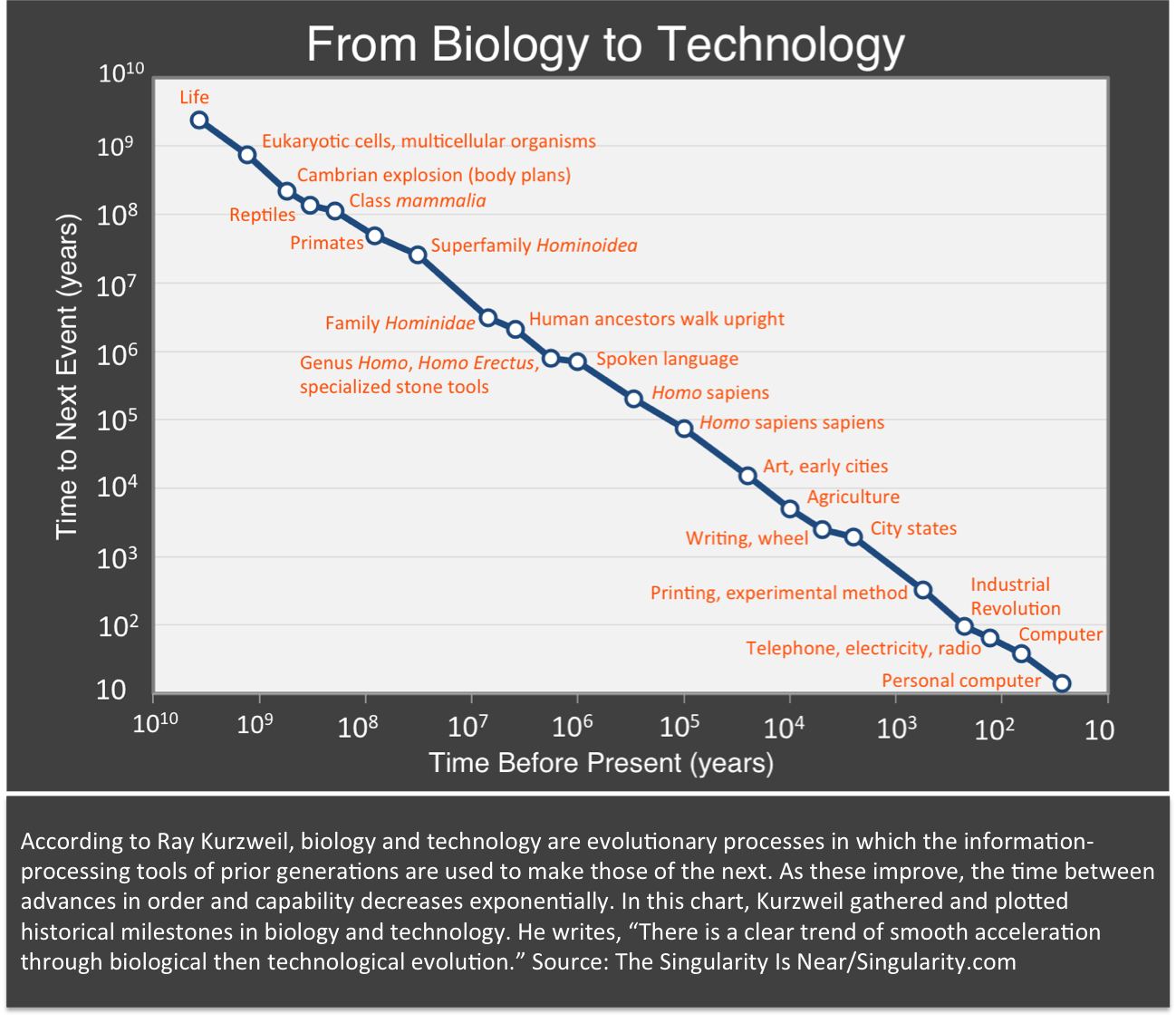 IndustryTap’s “Knowledge Doubling Every 12 Months, Soon to be Every 12 Hours” (2013) & “Exponential Growth & Disruptive Change” (2015) discussed the concepts of singularity and exponential growth. With the CoronaVirus pandemic and the impending collapse of the global fiat financial system, not to mention huge technological advances in nearly every field of inquiry, the decade of the 2020s may be one of the most consequential in history.

According to Ray Kurzwel, paradigms that reach their highest state of evolution exhaust their potential and are replaced by new paradigms and their associated technologies that will go through their own exponential growth cycles.

In the financial world, the emergence of blockchain and decentralized computing is a new paradigm for financial computing that promises to disintermediate traditional institutions from economic productivity and the exchange of value. No longer is a middleman necessary to the global exchange of value via mobile devices and computers.

In 2001 Kurzweil wrote “The Law of Accelerating Returns” which posited that during the 21st century humanity would experience 20,000 years of progress instead of 100. This is possible because the rate of change of technology is undergoing “double” exponential growth, that is, exponential growth.

Examples of these today include three-dimensional silicon chips, optical computing, crystalline computing, DNA computing, and quantum computing, that will help Moore’s Law to keep accelerating returns well into the future.

The New Paradigm: The Merging of Biological & Technological Processes

According to Gerald S. Hawkins’ “mindsteps” the human world goes through a series of paradigms or world views that vastly change the way humans live and work. There have been nine paradigms in history, 1) the invention of imagery, 2) writing, 3) mathematics, 4) printing, 5) the telescope, 6) the rocket, 7) the radio, 8) the TV and 9) the computer.

In “The Law of Accelerating Returns” Kurzweil notes that the paradigm shift rate increases with time with the first major paradigms taking centuries and more recent paradigm shifts taking as little as a decade or two. Kurzweil sees a doubling every decade that will take humanity through 200 centuries of changes and progress in just 25 years!

According to the American Clinical and Climatology Association such fields as medical education are at a crossroads due to the exponential growth in knowledge, disruptive technological innovations and associated changes in society and institutions.

Kurzweil provides solace noting that “evolution applies positive feedback and the more capable methods resulting from one stage of evolutionary progress are used to create the next stage.”

The following Youtube video by Siam Kidd explains Exponential Growth and the Law of Acceleration Returns: