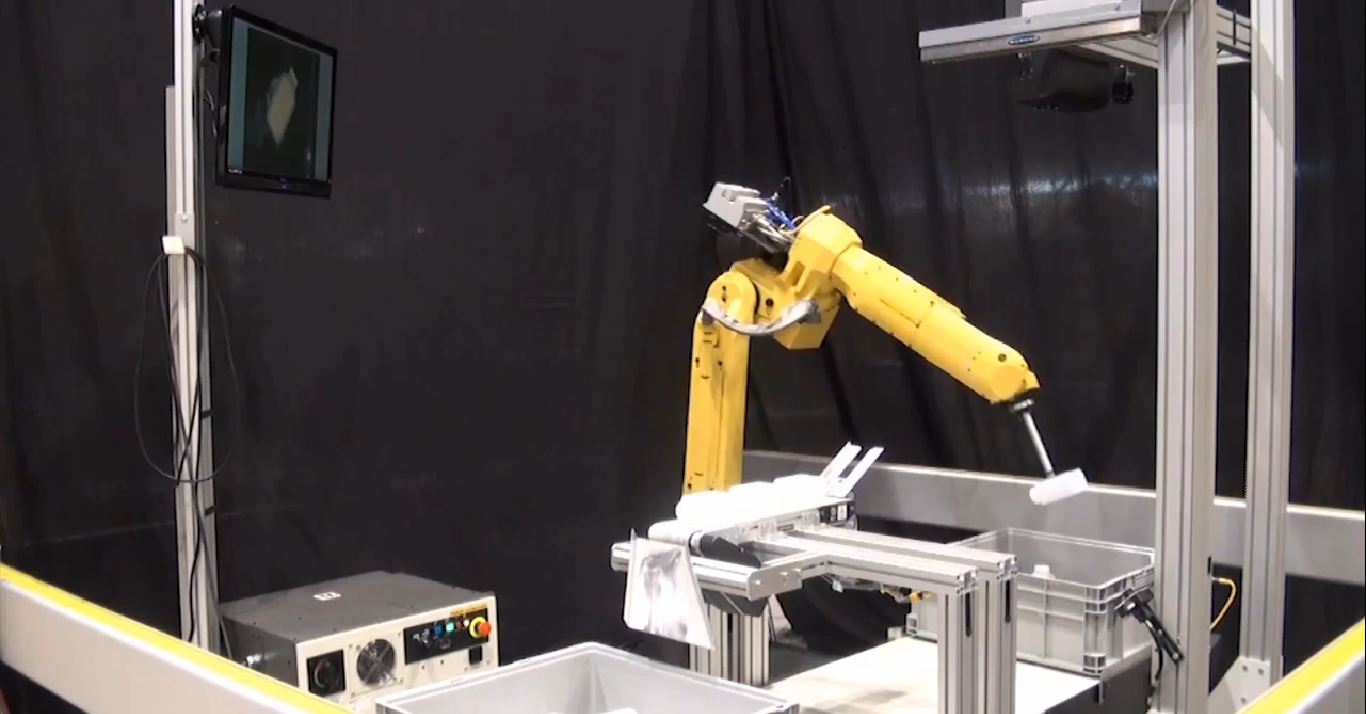 FANUC America has manufactured a new intuitive robotic bin picking device called the six-axis FANUC M-20iA Robot. The robot uses FANUC’s new iRVision 3D Area Sensor as a means to sort through the contents of a bin and pick out oriented plastic bottles. The bottles are lifted one at a time, then iRVision 2D is used to detect the part’s orientation before placing it correctly on a conveyor belt to be taken to a second bin.

The crane-like robot uses the iRVision technology to consistently pick the bottles in a rhythm. The high-speed 3D Area Sensor creates a 3D map of the bin container, allowing the robot to intuitively pick out the contents without coming in contact with the bin walls thanks to FANUC’s iRVision Interference Avoidance feature.

All parts of the robot were designed exclusively by FANUC. The company says the consistency in the parts’ manufacturing will mean that maintenance and repair will be considerably easier and hassle-free for the user.