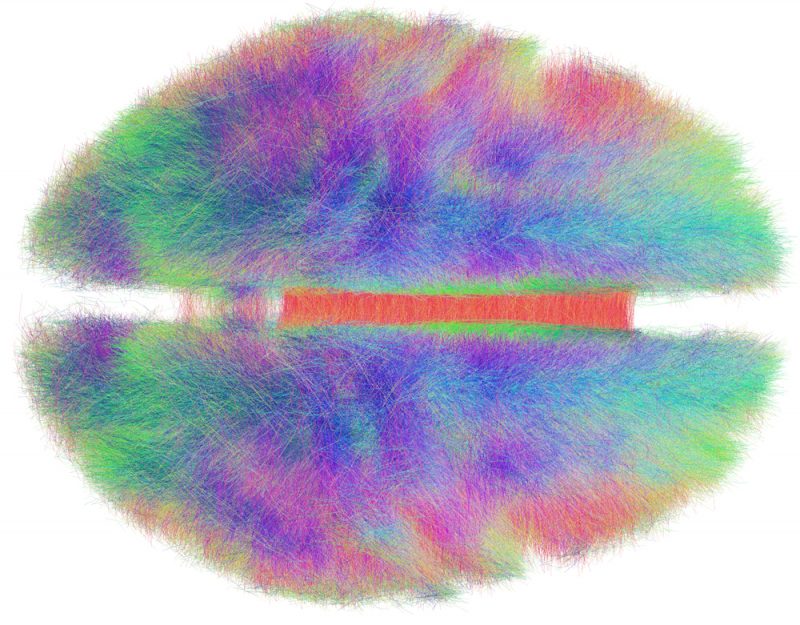 Rendering of a group connectome based on 20 subjects. By Andreashorn – Own work, CC BY-SA 4.0, https://commons.wikimedia.org/w/index.php?curid=41581320

It sounds like a premise from the show Black Mirror, a series on Netflix that eerily depicts the darker side of technology – unforeseen consequences of having too much control, seeing too much, looking too deeply into the human mind. But there is a startup – a company called Nectome – that has a plan to preserve and upload your memories to the cloud.

The idea is to capture those memories using a method called aldehyde-stabilized cryopreservation (ASC), which the company claims can encode a person’s mind by preserving the brain’s neural connections.

“Our mission is to preserve your brain well enough to keep all its memories intact: from that great chapter of your favorite book to the feeling of cold winter air, baking an apple pie, or having dinner with your friends and family.”

But, of course, it’s not that simple. One of the major drawbacks is that the process involved kills you. That’s right. All the way dead. Still interested?

To make this more concrete, it helps to understand what a connectome is. Put simply, a connectome is a map of neural connections in the brain, its “wiring diagram.” This, along with the ASC method, is the basis for Nectome’s memory preservation plan.

The ASC method is a bit dark to imagine, but it involves first preserving the brain tissue from decay by injecting a highly toxic chemical called glutaraldehyde (which, unfortunately, kills the subject). Then, a second step, vitrifixation, allows the brain to be frozen without damage by using a chemical, ethylene glycol, that acts as an antifreeze. The chemical prevents ice crystals from forming.

This technology is a long way off, and who knows if it will ever happen. But it’s being worked on. Using the ASC mentioned above, a study led by Nectome co-founder Robert McIntyre was able to preserve the complete connectome of a rabbit. Not only that, there are 25 volunteers who have joined a waiting list, and paid $10,000, to undergo the process, which, as McIntyre himself says, is “100 percent fatal.”.

But it’s a fascinating idea. And it conjures up all sorts of crazy questions: What would happen to all that information? If someone were to capture and uploaded your memories, would it still somehow be you in the cloud? Would you be aware of it? Can consciousness be contained on a chip? Creepy thoughts.

Learn more about connectomes in the video below.