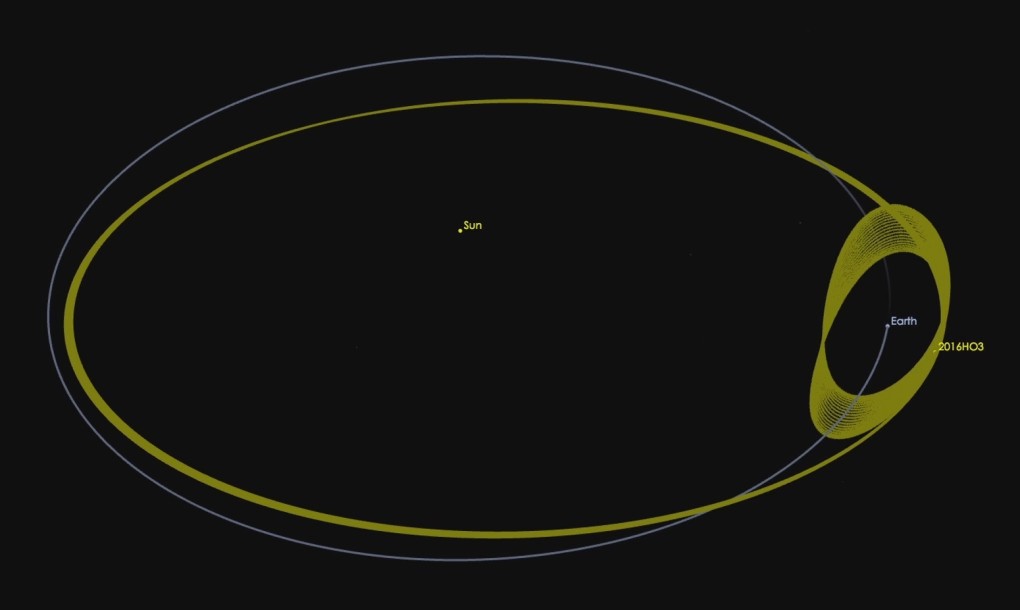 Known as “Asteroid 2016 HO3,” this new companion of Earth is about 120 feet to 300 feet in diameter. It revolves around the sun in a similar orbit as Earth as it circles our planet.

Paul Chodas, manager of NASA’s Center for Near-Earth Object (NEO) Studies said, “The asteroid’s loops around Earth drift a little ahead or behind from year to year, but when they drift too far forward or backward, Earth’s gravity is just strong enough to reverse the drift and hold onto the asteroid so that it never wanders farther away than about 100 times the distance of the moon. The same effect also prevents the asteroid from approaching much closer than about 38 times the distance of the moon. In effect, this small asteroid is caught in a little dance with Earth.”