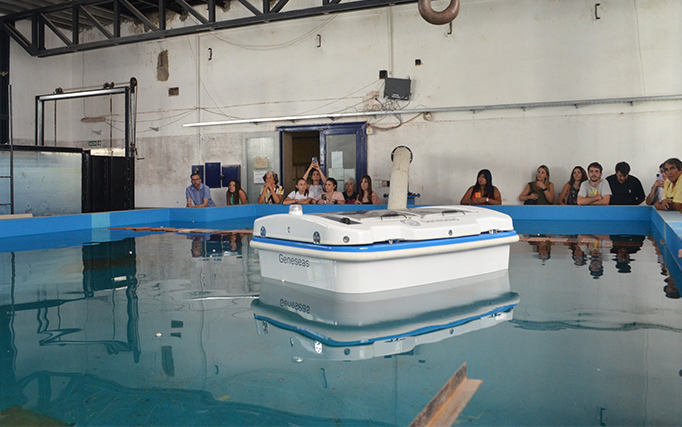 Although Plastic pollution is a big problem, it is almost inescapable in our daily lives. Now to solve this issue, engineers from the Electronics, Control, and Signal Processing Research Institute (LEICI) at the National University of La Plata (UNLP) in Argentina have teamed up with the environmental protection company Recyclamar Pampa Argentina.

Recently they have unveiled a solar-powered autonomous robot that captures floating waste and hydrocarbons from water surfaces. In developing this device, the company contributed its knowledge in the area of ​​waste treatment and cleaning the water bodies. However, LEICI managed the complex engineering, like making models and controls and applying algorithms for onboard sensors.

If all goes as per the plan, these self-propelled robots may make a big difference in the country’s plastic pollution problem. Using this robot, Argentina has plans to tackle the massive plastic pollution in waterways around South America and the Caribbean.

These solar-powered robots will be installed in ports, rivers, and lagoons. The solar panels are located on the deck of the device. It looks like a small catamaran without sails.

“The robot has the capacity to clean waste on the surface and up to 40 cm deep, in bodies of water such as rivers, lagoons, and ports,” LEICI researcher Juan Luis Rosendo said. “Macro-plastics (bottles, bags), micro-plastics, and floating hydrocarbons, which are among the main pollutants in water courses, are usually found at this depth,” he explained.