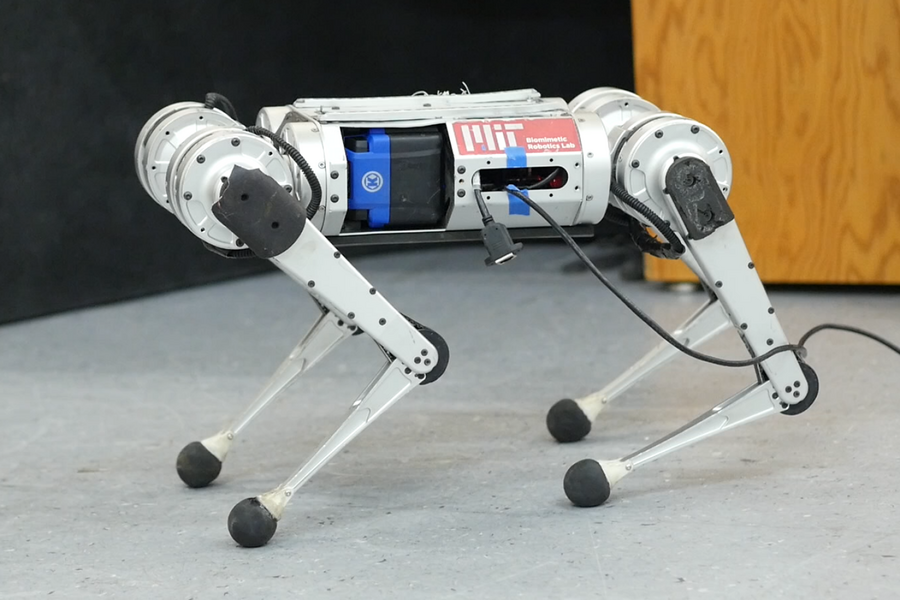 Over the past few years, scientists have focused on developing multi-legged robots Inspired by the walking and running motions of animals in challenging environments.

Though the four-legged robots have made great leaps forward, they still fall behind when it comes to traveling across challenging environments such as rough terrain and tight spaces.

Robotic researchers at MIT’s Improbable AI Lab have been working on their Mini Cheetah to teach it to change its walking style as needed across varying terrains. Mini Cheetah is a small, agile four-legged robot that can run and do backflips.

Programming a robot to move faster and confidently while changing its speed as per varying terrains is very difficult.

The whole process is manual and time-consuming

If a robot falls on a particular terrain, the robotic engineer needs to identify the cause and manually adjust the program to adapt to the changes.

The learning tool lets MIT’s Mini Cheetah learn how to run more effectively while automatically modifying and altering its movements. Using the new approach, Mini Cheetah can accumulate 100 days’ worth of experience on diverse terrains in just three hours.

The Mini Cheetah hit a new top speed of 3.9 m/s (8.7 mph), which is faster than the average human can run. It can even run and turn at high speed, even on slippery terrain like ice. Researchers say it has broken its own personal best (PB) speed.