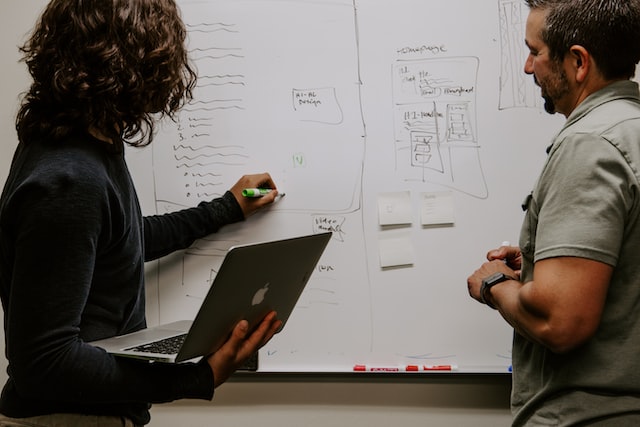 Photo by Kaleidico on Unsplash

Recently, the Advanced Propulsion Centre (APC) announced it is investing £73 million in five world-leading green collaborative research and development projects via its latest round of funding.

The combination of industry and Government support promises to bring innovative technology to boost the UK automotive sector, expand its supply chain, and create and safeguard jobs at some of the country’s manufacturers.

APC has invested £11.3 million in Toyota to produce a hydrogen version of the car manufacturer’s iconic Hilux pickup truck. This project not only will develop and pilot production of a fuel cell-powered version of the Hilux but also will support more than 250 jobs across the UK over the next decade.

In addition, there’s also Glasgow-based HVS, which is investing in hydrogen fuel cell technology, through a project that will develop a heavy goods vehicle and tractor to replace its diesel-powered equivalents. As it’s found out that despite making up only 2% of vehicles, heavily polluting diesel HGVs contribute 20% of transport emissions.

Both HVS and Toyota fuel cell projects will contribute to the ambition to decarbonize the automotive sector in the UK’s Hydrogen Strategy.

On the other hand, CNH Industrial’s New Holland brand has a different approach to its fuel. £15.6 million is being used to build the world’s first ‘fugitive liquid’ methane-powered, off-road, heavy tractor. This also means that powerful greenhouse gas emissions will be captured and used as an alternative fuel before they escape.

The other two projects will expand the UK automotive supply chain to bring manufacturing closer to where it is needed.

Constellium is to provide the industry with lower carbon and lower-cost sources of recycled aluminum alloys. By providing the lowest embodied CO2e content extrusion aluminum alloys for the automotive industry, the project can reduce carbon weight. 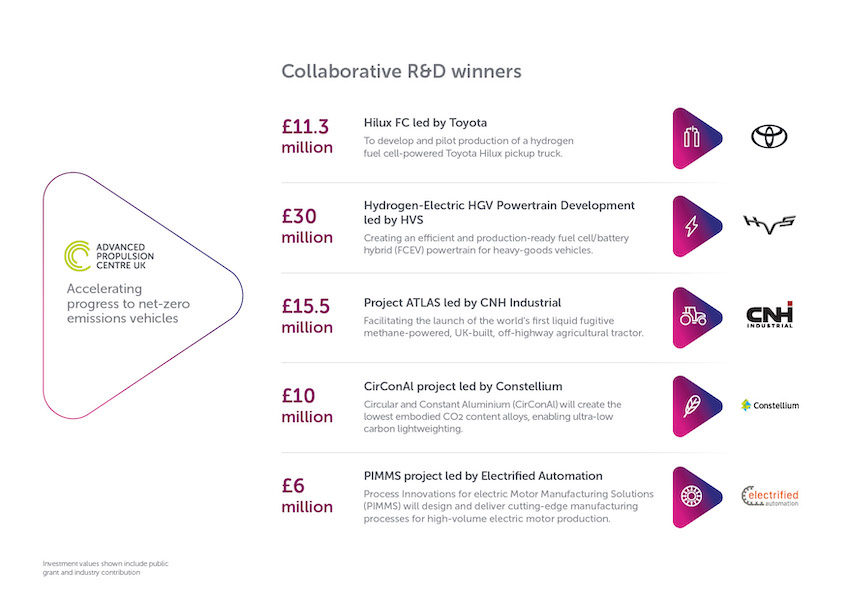 About the Advanced Propulsion Centre

Founded in 2013, APC is to collaborate with the UK government, the automotive industry, and academia to accelerate the industrialization of technologies. It supports the transition to delivering net-zero emission vehicles.