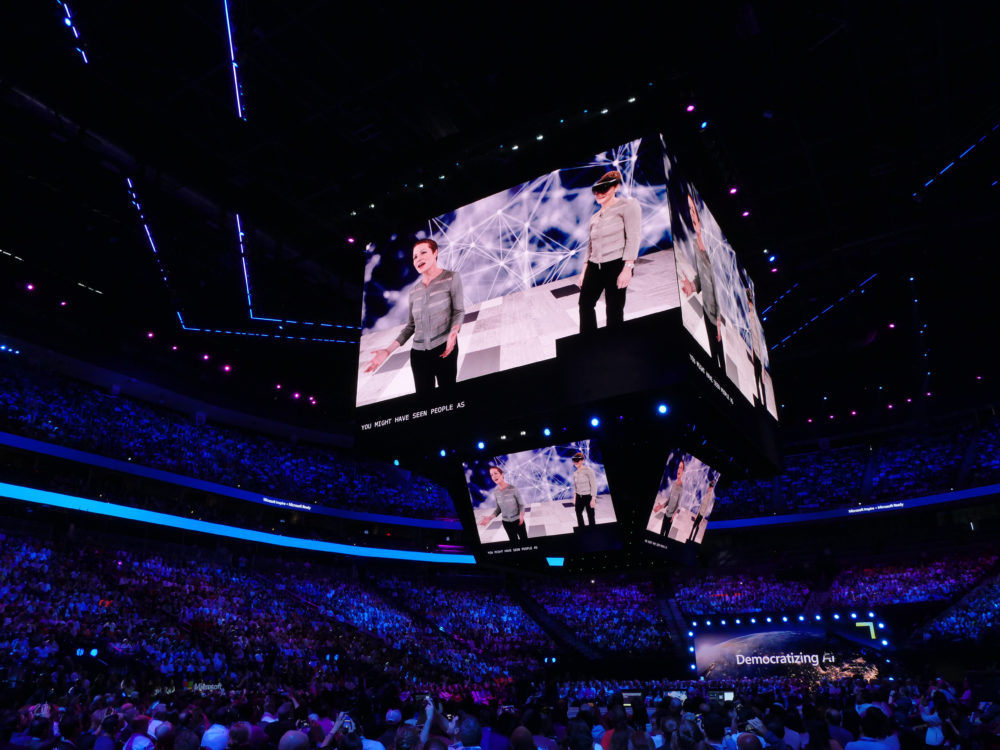 In a revolutionary breakthrough, Microsoft has not only created an impressive full-bodied hologram but also make that hologram talk in another language.

Microsoft demonstrated its technology during Microsoft Inspire conference in Las Vegas.  Microsoft created a life-size hologram of executive Julia White, that looks and sounds exactly like her and makes it speak another language in her own voice.

Two existing technologies — mixed reality and neural text-to-speech, made this demo possible. Initially White’s seemingly identical, life-sized hologram was created at the company’s Mixed Reality Studio. Then White’s voice was sampled using Azure’s AI tech that converted it to Japanese using Neural-Text-to-Speech. This is how the Japanese version of her presentation retained her vocal tone and delivery style.

This technology is going to remove the barriers created by language and distance:

Technology has a great potential – with this people around the world will be able to speak and explain themselves perfectly in numerous languages while appearing almost in person.

Benefits & Nightmares in the Age of Genetic Tests & Interventions

Apple Sets a Goal of Becoming Carbon Neutral by 2030