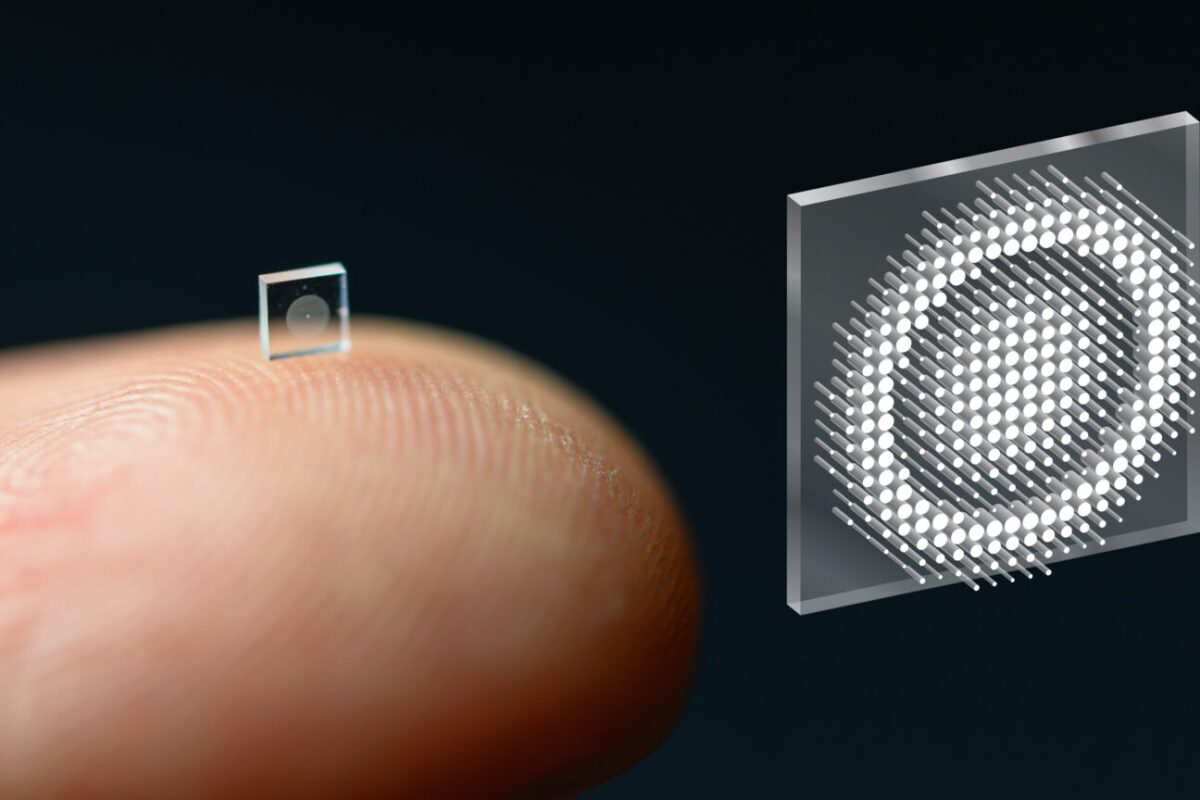 Researchers at Princeton University and the University of Washington have developed an ultra-compact camera. Although being as small as the size of a coarse salt grain, it can capture clear, full-color images. Moreover, these images can also compete with conventional camera lens setups that are 500,000 times larger.

The possibilities are endless with micro-cameras. Some applications of the technology include super-small robots to sense their surroundings or see problems within the human body.

In regular cameras, series of lenses are used to bend the light into focus for taking photographs. However, this micro-camera is made with a metasurface that captures light. It can be produced like a computer chip and could be scaled up to turn entire surfaces into sensors.

The device is only half a millimeter in size. It contains 1.6 million cylindrical posts, each one of these functions as an optical antenna. Machine-learning algorithms then interpret each post’s interaction with light. These algorithms then produce an image from that data.

Ethan Tseng, who co-led the study, explained, “It’s been a challenge to design and configure these little microstructures to do what you want. For this specific task of capturing large field of view RGB images, it was previously unclear how to co-design the millions of nano-structures together with post-processing algorithms.”

Earlier micro-sized cameras were used to capture fuzzy, distorted images with very limited fields of view. However, the images from the new lens are free from distortions and are at par with those captured by a conventional compound camera lens that is about half a million times bigger than this new sensor.

“We could turn individual surfaces into cameras that have ultra-high resolution, so you wouldn’t need three cameras on the back of your phone anymore, but the whole back of your phone would become one giant camera,” says Felix Heide, senior author of the study. “We can think of completely different ways to build devices in the future.”