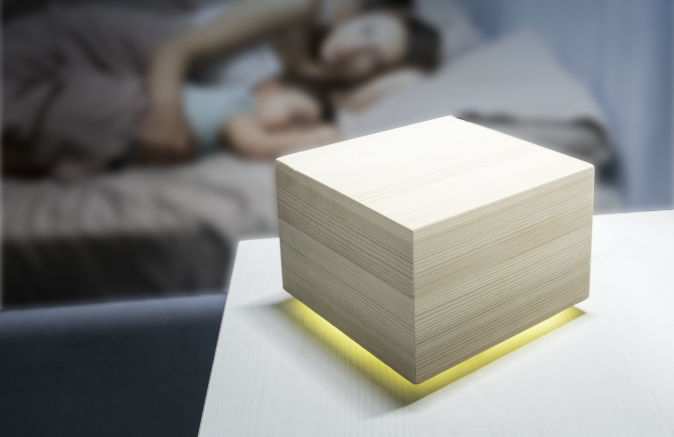 Mark Zuckerberg, co-founder and CEO of the social-networking website Facebook, has invented something for the common people. He invented glowing ‘wooden box’ to help his wife, Priscilla Chan with insomnia. He wanted his wife to gauge the time without fully waking up out of deep slumber.

In April, Mark Zuckerberg shared this idea for a business; it doesn’t take long for an entrepreneur to turn it into a reality.

He created a wooden box that can be placed on bedside table. Between six and seven during the morning, it gives a soft light, right before Priscilla had to get up and wake the kids. This gadget helped Priscilla go in to a sound sleep, now she need not to wake up again and again and check the time on her phone.

Zuckerberg explained, “It sits on her nightstand, and between the hours of 6-7 am it emits a very faint light — visible enough that if she sees it she’ll know it’s an okay time for one of us to get the kids, but faint enough that the light won’t wake her up if she’s still sleeping. And since it doesn’t show the time, if she wakes up in the middle of the night, she knows to just go back to sleep without having to worry what time it is. So far this has worked better than I expected and she can now sleep through the night.”

The sleep box or Zucklight can be adjusted as per your requirements. You can control timings, brightness, and the color of the light. Some versions even have the wireless charger. Basic model of Zucklight is available in $29. The early bird pricing for Zucklight Plus is $39 whereas the Zucklight Pro’s early bid starts at $47.