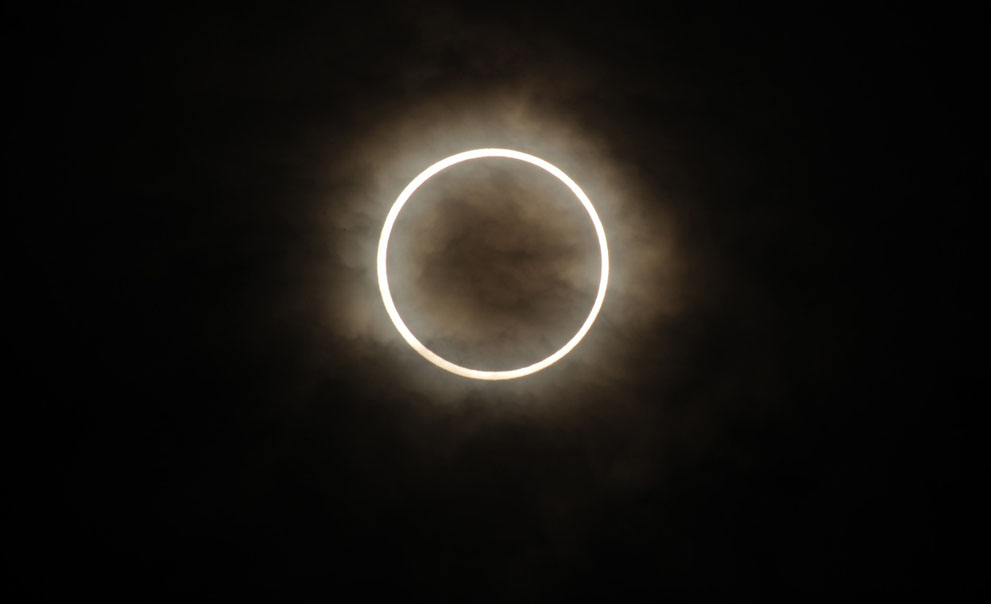 We got to experience the “Blood Moon” recently and now we have the 2014 Annular Solar Eclipse coming up.

The moon will block out everything but a bright ring around the sun next week, commonly referred to as the “ring of fire”, making for a mesmerizing annular solar eclipse.

Unfortunately, unless you reside in Antarctica, Australia, or the southern edge of Indonesia, you won’t get to see the amazing spectacle that is the “ring of fire” this year…

But don’t worry because we have a live stream for you to watch the 2014 Annular Solar Eclipse should you feel called to do so:

Slooh astronomer Bob Berman says, “When SLOOH brings its live feeds from Australia, and we watch in real time as the inky black hemisphere of the Moon partially obscures the Sun, the greatest thrill might be an awareness of what’s occurring — unseen by any human — in a tiny region of Antarctica.”

Tune in because you don’t want to miss this!