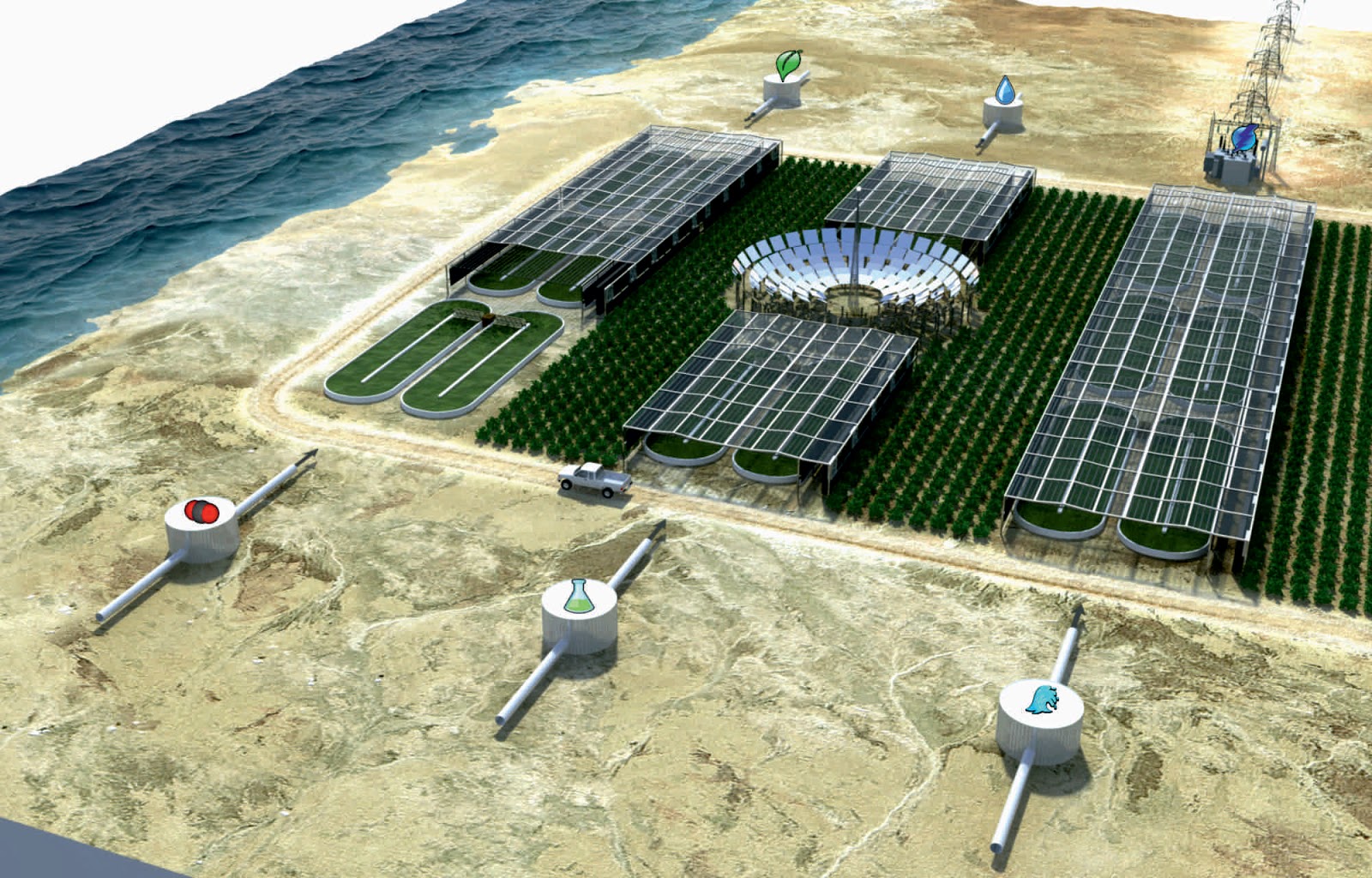 A new Kickstarter campaign “Green Deserts — The Saltwater Revolution” got underway last month to raise $35,000 to fund a new documentary produced and directed by Per Liebeck and his colleagues at Copenhagen Film Company documenting Sahara Forest Project’s next phase.

The initial phase was a 10,000 square meter facility.  The next phase will expand the project to 200,000 square meters and serve as a large scale model that can be replicated worldwide. Copenhagen Film will spend six months, from July to December 2013, filming the expansion, and release the documentary to the world in April 2014.

With a shortage of freshwater and a growing population the world is facing a water crisis. Forty percent of the world’s population is lacking water and it is estimated that two thirds of the world’s population will experience a scarcity of water by 2025. In addition, the world now consumes more food than it produces and fully one quarter of the earth’s land is threatened by desertification. King Hussein of Jordan has said “the next war in the middle east will not be over oil but over water.”

The Sahara Forest Project is a plan for turning the deserts green: desalinating plentiful ocean water and turning deserts into habitable regions where people can live and grow food is not only possible it is already being done. By combining renewable energy resources like solar power and wind power and integrating it with desalination plants the cost of producing freshwater is cut significantly making it more and more economically feasible as the technology and systems are improved.

IndustryTap detailed the “Sahara Forest Project: Turning Deserts Into Forested Havens” and the response was generally enthusiastic; readers recognize the possibilities and are excited about benefits to humanity including more freshwater, more arable land, and healthier human societies.

Filming the Expansion So the World Can See It

Now that the initial stages of the Sahara forest project have concluded a build out of the project will soon be underway. The next phase of the build out will begin in July 2013 and the Copenhagen film Company, based in Denmark, plans to film for six months through December 2013. Editing is scheduled from January to March 2014 and publication and distribution of the document Terry will begin in April 2014.

The goal of the film is to present the lives and activities of engineers, scientists and environmentalists that have been working on the project which is creating fresh water, food and energy in the desert. In Middle East deserts it is not uncommon for the temperature to reach 113°F (45°C) in the middle of the day and during these times no work is possible unless cooler environments are created.

In less than a year the Sahara Forest Project has created a fully functional pilot plant in the desert. The next step is to make the project 20 times bigger. This documentary will film the build out of the project and all of its participants and make the documentary available to the world.

Check out the Kickstarter campaign “Green Deserts — The Saltwater Revolution“.