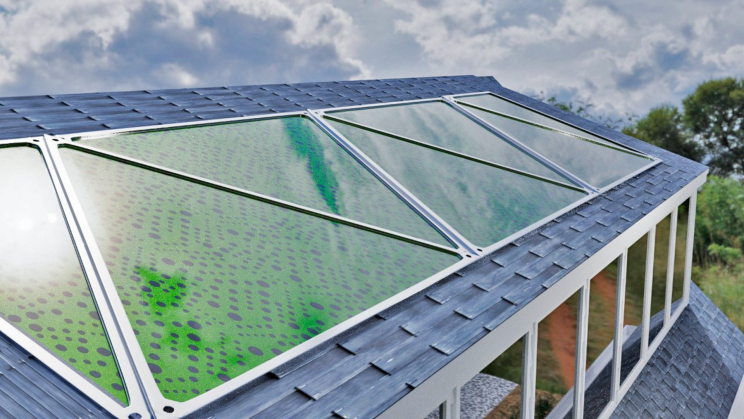 Algae are simple plants that range from microscopic (microalgae) to large seaweeds (macroalgae). Living in saline or freshwater environments, algae soak up sunlight, absorb carbon dioxide, and in return breathe out oxygen.

Researchers from all around the world have been working on ways to harness the microorganisms’ special abilities.

Now, a Mexico-based start-up Greenfluidics have designed energy-generating bio-panels to suck up carbon dioxide, provide fresh oxygen, and reduce air conditioner energy use in the summer.

The greener bio panels work by pumping in carbon dioxide from the atmosphere through water that contains algae. The photosynthetic organisms grow the algal mass culture and generate fresh oxygen as a by-product. Produced oxygen can be captured and released in the building where the bio panels are installed.

Greenfluidics used nanofluidics to circulate carbon nanoparticles in the water. The carbon increased the heat conductivity of the water on one side of the panel while the algae grew on the other side of the panel. Heat captured is then run through a thermoelectric generator to produce electricity to power the building.

The method is much easier than conventional algal panels where the biomass needs to be extracted and converted to fuel at a special facility.

Let’s hope that Greenfluidics makes these panels available at the earliest to help us move to a greener future.