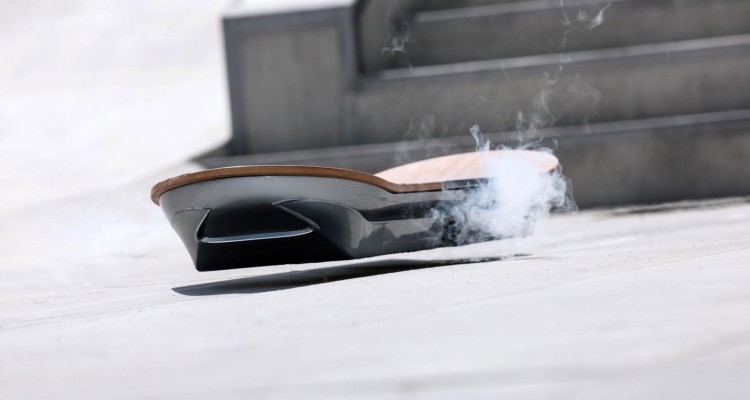 It has been approximately 30 years since Back to the Future introduced us to hoverboards. Since then, the idea of flying has manifested in the minds of people so much so that several major league companies have dedicated resources to making hoverboards a reality rather than just a dream.

As predicted in the movie, the reality of hoverboards has come to pass as a self-fulfilling prophecy. Located in the heart of Silicon Valley, surrounded by massive office buildings, is a hoverboard manufacturer named Bigler’s Hoverboard Technologies. The company has come quite close to imitating the technology from the iconic movie.

The latest model is actually a one-wheeled skateboard outfitted with a computerized system. The electronic board utilizes the central, single, motorized wheel to aid in smooth movement. It is quite similar to a Segway – with a stabilizing gyroscope, the hoverboard can keep the rider from falling over by keeping them upright. The board is covered in flashy LEDs and can reach speeds of 20 miles per hour. It can also travel up to 12 miles before needing a recharge. The futuristic-looking board has Bluetooth connectivity, app connectivity, and music playing abilities. However, the manufacturer and inventor of the hoverboard, Robert Bigler, says that the board doesn’t actually fly or float in the air, but it is the closest that anybody has ever gotten to a hoverboard.

Most of the other hoverboards available, like Hendo hoverboards, use upward force to counteract gravity. The props at the bottom of these hoverboards push a stream of pressurized air that creates an upward rotor force that gives them the ability to hover over water and air. These hoverboards are basically electronic quadcopters powered by a battery that controls the propellers during flight. Some hoverboard models, like the Omni, use electromagnetic fields to propel it from the conducting space. The magnets on the underside of the board change the electromagnetic field, which produces an electric current on the metal surface underneath. The main problem with this type of technology is that it can fly or hover only over a conducting metal surface. The Lexus Hoverboard uses a similar technology but has replaced electromagnets with superconductors.

In contrast to all the other companies, Bigler has managed to produce a hoverboard that is the closest impersonation of the prophesized technology. Its structural practicality and potential can make it a good option to experience the weightless feeling that a hoverboard is supposed to offer.

No one has been able to imitate the fictional technology of the hoverboard, which created the craze for it in the first place. But the rate at which technology is progressing, the time is nigh when we will be able to hover and fly to our heart’s content.