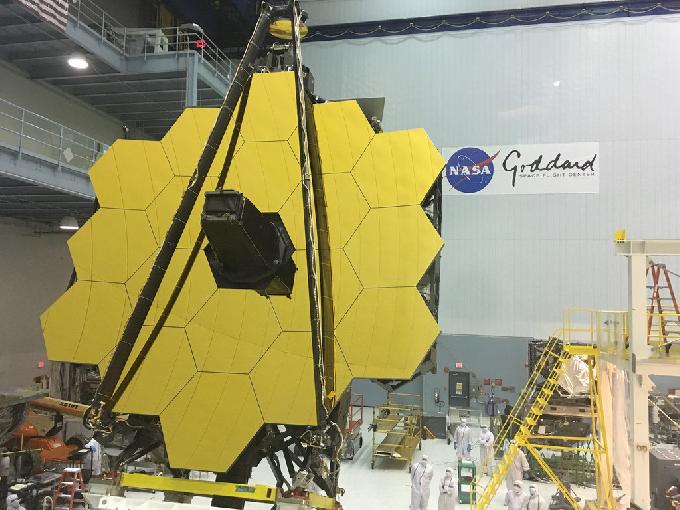 The James Webb Space Telescope (JWST), the highly anticipated successor to Hubble that took decades to build, completed the last major testing milestones before its final launch in 2019.

The telescope successfully completed cryogenic vacuum testing that lasted for over 100 days in the “world’s largest space freezer” at Johnson Space Center in Houston.

Cryogenic testing was completed in Chamber A, a thermal-vacuum test facility that can achieve temperatures as low as 40 Kelvin. Zero degrees on the Kelvin temperature measurement scale is called absolute zero, the coldest possible temperature. Absolute zero is equivalent to −273.15 °C (−459.67 °F).

The JWST is an infrared telescope, as opposed to a visual light telescope like Hubble. Seven times larger than Hubble, this telescope will observe light from some of the earliest moments of the universe.

After this successful testing, the JWST will be transported to an observatory for final environmental testing before moving to its launch site.

This mammoth telescope will cost well over $8 billion dollars.

Six Different Sources of Funding for Entrepreneurs to Consider