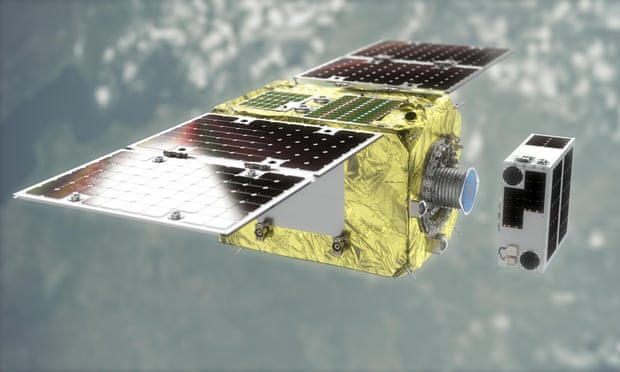 Since the start of the space age in the 1950s, we have launched thousands of rockets and satellites into space. But now there are thousands of dead satellites, along with bits of debris orbiting our Earth. As a result, we are facing an ever-increasing risk of collision. Even a small piece of space junk could prove disastrous if they hit something else.

Worldwide scientists are working to remove orbital debris, like a defunct satellite. Elsa-d is the world’s first trade mission that is going to demonstrate a space debris removal system. Scientists are going to launch it this weekend from the Baikonur Cosmodrome in Kazakhstan.

The End-of-Life Services by Astroscale demonstration mission (Elsa-d) is developed by the Astroscale Company. The mission will be run from an operations center in the UK.

Elsa-d mission will use two spacecraft: “servicer” and “client”. Both of these spacecraft will demonstrate Astroscale’s satellite tracking and capture capabilities. They are designed to find, capture and deorbit defunct satellites that would otherwise be “space junk.” So, after capturing, the space debris will be pushed into the Earth’s atmosphere, to burn up in the atmosphere.

It is a very difficult mission

This mission involves two satellites operating independently in very close proximity. When they are attached there is a danger of electromagnetic interference with the Servicer. However, when they are separated there is a risk of collision.