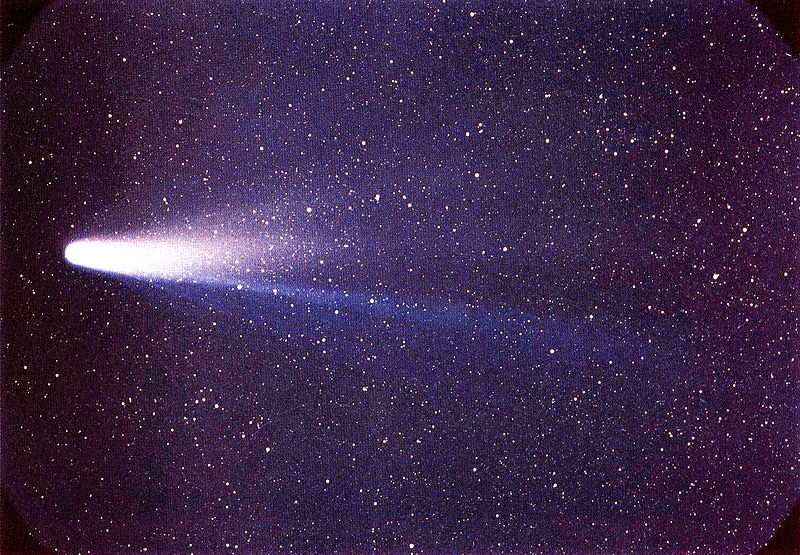 NASA’s Hubble Space Telescope has spotted the largest known comet to date. The telescope has determined the size of the largest icy comet nucleus (or solid center) ever seen by scientists.

This comet known as C/2014 UN271 (Bernardinelli-Bernstein) is zooming along at about 22,000 mph (35,405 kph) from the edge of our solar system. But there is no need to worry; it will never get closer than 1 billion miles away from the Sun. Moreover, it won’t even reach there until 2031.

The estimated diameter of the comet’s nucleus is about 80 miles (129 kilometers), and its mass is about 500 trillion tons. It is about a hundred thousand times greater in mass than the average comet found closer to our Sun.

This Comet was discovered by astronomers Pedro Bernardinelli and Gary Bernstein in November 2010. They discovered it while studying archival images from the Dark Energy Survey at the Cerro Tololo Inter-American Observatory in Chile. Since then, astronomers were intensively studying it with the ground and space-based telescopes.

Researchers used the Hubble Space Telescope to take photos of the comet. Using advanced computer modeling, they  were then able to remove the vast dusty coma enveloping the comet, leaving only the nucleus.

“This comet is literally the tip of the iceberg for many thousands of comets that are too faint to see in the more distant parts of the solar system,” explained David Jewitt, co-author of this study. “We’ve always suspected this comet had to be big because it is so bright at such a large distance. Now we confirm it is.”