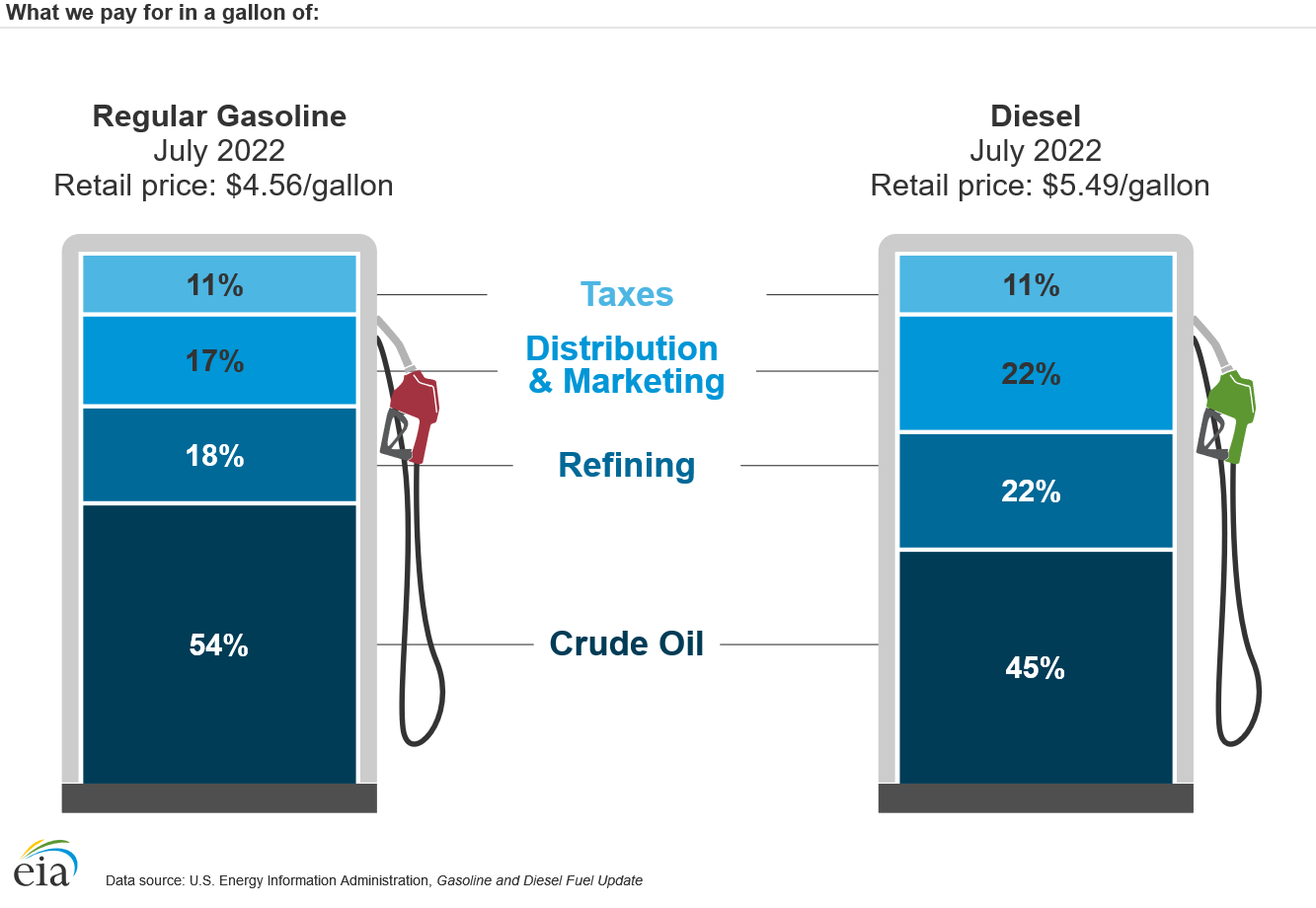 The current energy crisis is negatively impacting farmers, who struggle to keep things afloat. This happens because farming revolves around fuel. You need it to get supplies, work the land, transport the animals, and feed them (among others).

Plus, farmers are paying more because their large vehicles and equipment often require diesel fuel, which is more expensive than unleaded. But it’s not just about farmers – the high-priced fuel is also felt by the regular consumer, whose weekly grocery shopping gets more expensive.

In reality, the soaring fuel prices continue to be problematic, and the negative effects may be felt for years.

Factors That Led to the Current Situation

So, the reason why prices soared is provided by the lowering of the U.S. supply of weekly crude oil stocks, which is at its lowest point since 2004. This disruption in the market is the result of several factors, starting with the COVID-19 lockdowns during which consumption dropped. Moving forward, the same pandemic caused disruptions in the supply chain, which led to further price increases.

Plus, in 2022, we have the tense situation caused by Russia’s invasion of Ukraine, which deepened the energy crisis and left the western world desperately looking for alternatives.

All these and more led to a situation where the price of crude oil reached an all-time high, which created a domino effect for all the interconnected industries.

The Impact on Farmers

We already covered the fact that the cost at the pump is affecting farmers in a negative way. However, we should also consider the other industries that are affected by this crisis, like food for animals, livestock supplies, and equipment.

But it’s not just about the increased cost of transportation and doing farm work. Many fertilizers farmers use to provide their crops with the best chances of success are petroleum-based. This means that the costs of production will increase in this industry as well.

Plus, with Ukraine and Russia out of the market (they used to produce around 28% of global fertilizers made from nitrogen and phosphorus), there is a shortage of fertilizer.

Of course, there are other producers available worldwide, but we’re also facing disruptions in the supply chain. Plus, it’s difficult to suddenly up your production, especially when prices for ingredients and other supplies are also on the rise.

Are Renewable Fuel Sources the Answer?

With the accentuated climate change we see everywhere in the world, more and more voices are requesting governments to find a way to reduce fossil fuel consumption and switch to renewable energy sources.

And while there are some promising results, for now, the farming industry is still dependent on fossil fuels. In fact, American farmers pressure their current administration to reopen domestic lines of production that were closed due to environmental concerns.

Plus, the rising costs of electric energy are a bit unsettling. True, owners of EVs are not that much affected by it, but homeowners will feel it during the winter on their heating bill.

The answer is somewhere in the middle, but for now, the situation is rather grim. The upcoming cold season and spring will be difficult for everyone, so we have to think ahead.

Plus, governments everywhere need to find solutions for the current crises and create sustainable plans that will help us protect the environment and our livelihoods.