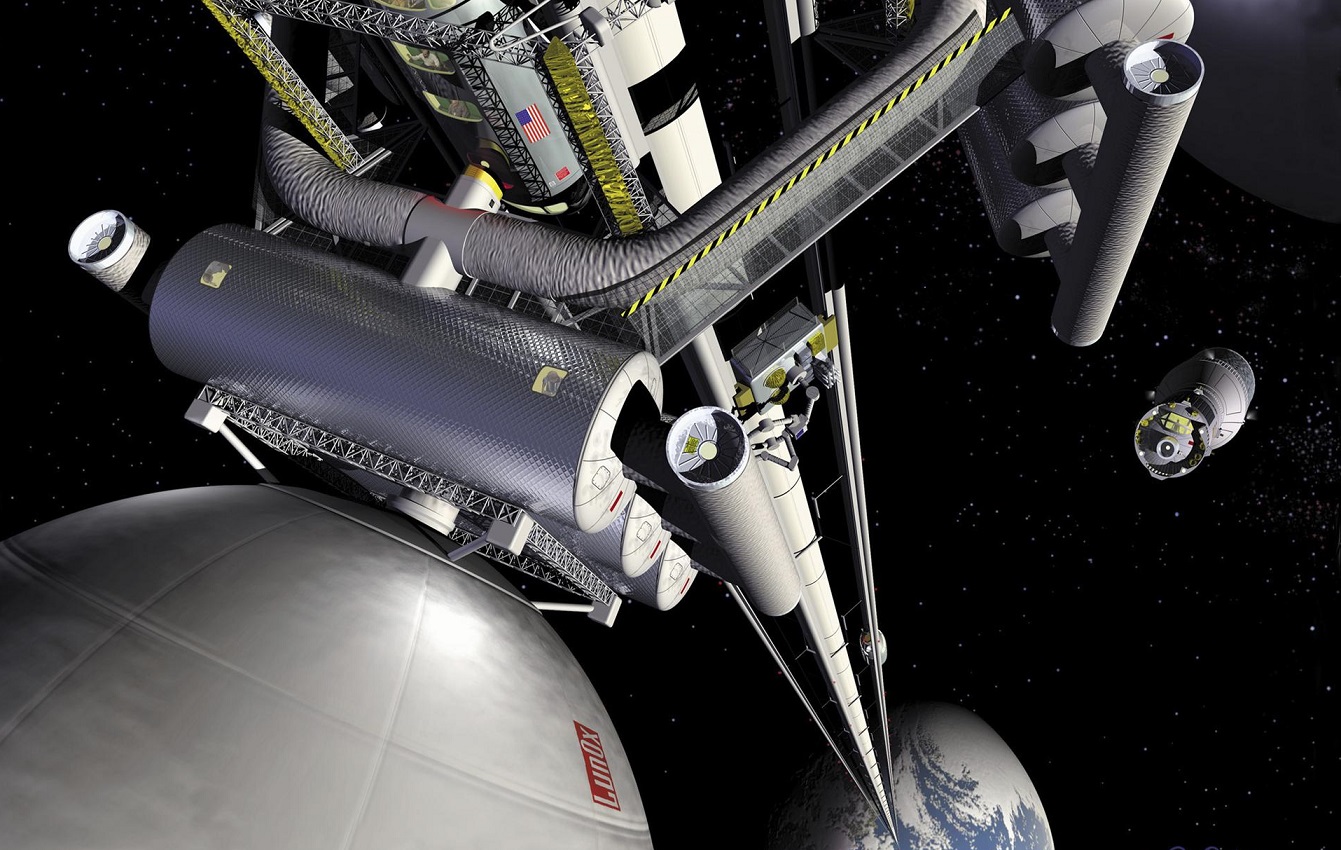 An illustration of a space elevator. Credit: NASA/MSFC

With the rapid development of technology, the divide between science fiction and reality is noticeably disappearing.

There are several visionary scientists and space-technology enthusiasts exploring the possibility of constructing space elevators that could transport cargo to and from low orbit in space. Delivering payloads into orbit is very expensive and can cost approximately $10,000 per pound with existing technologies at our disposal.

In theory, the idea is to install a cable tethered to the Earth and anchored to an object in space to act as a counterweight as the earth rotates. The idea is to anchor the cable on a moveable base on earth like a platform in the sea near the equator where hurricanes and tornadoes are scarce. The counterweight will either be an asteroid or an orbiting space station. Obayashi’s design calls for a ship or some sort of floating platform to anchor the tether to Earth. It could be moved incrementally to control the tether and help the elevator avoid large objects or debris in space. Nyein Aung, PhD for LiftPort Group

However, to achieve this, the following issues need to be overcome:

To pave the way for the first space elevators, researchers at Japan’s Shizuoka University will conduct a first-of-its-kind experiment in space to determine the motion of an elevator module beyond earths atmosphere.

Agence France-Presse (AFP) reports that the Japanese Aerospace Exploration Agency plans to launch an experiment from the Japanese owned module, Kibo, on the International Space Station.

Yoji Inshikawa, leader of the team, is confident in the concept. He reported the following: “In theory, a space elevator is highly plausible. Space travel may become something popular in the future.”

The experiment will consist of two 4-inch cubic satellites, a 33-foot steel cable connecting the satellites and a motorized cube which will function as its elevator car. The experiment will be monitored by camera to study the motion of an object between two fixed points in space.

The goal is to build an elevator system that will be able to deliver cargo to space at a fraction of current delivery costs.