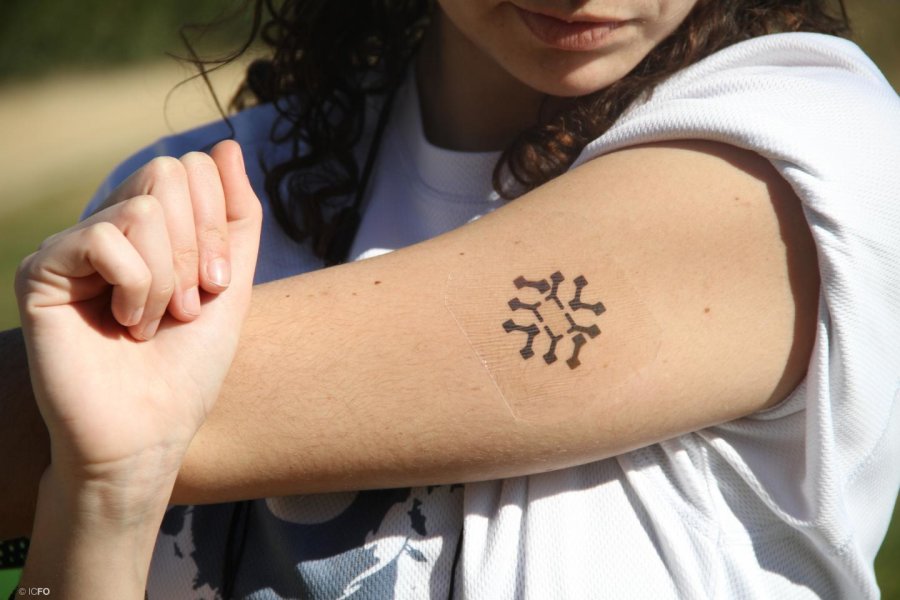 Scientists have developed dozens of new graphene-based prototypes and devices, which are expected to transform future telecommunications.

The Graphene Flagship, a research initiative by the European Commission in cooperation with the Institute of Photonic Sciences (ICFO) has been developing these technologies which aim at tackling everything from health monitoring to UV radiation.

One of ICFO’s devices is the UV patch, which help wearer monitor their level of exposure to sunlight through a UV sensor. The patch is flexible, transparent and disposable. It is connected to a mobile device and it signals the user once user has reached a defined threshold of sun exposure.

Another wearable developed by ICFO is the fitness band, which can measure heart rate, oxygen saturation, hydration, breathing rate and temperature.

“Made up of hundreds of thousands of photodetectors, this incredibly small sensor is highly sensitive to UV and infrared light.”

“This technology would allow users in the supermarket to hold the camera to fruit and infer which is the freshest piece. Or, in a more extreme example, the camera could be used for driving in dangerously dense fog by providing augmented outlines of surrounding vehicles on the windscreen.”

A ‘Megasatellite’ Orbiting Ceres Would be suitable for off-Earth civilization

Researchers Discover an Atmosphere Around an Earth-Like Planet, Raising the Tantalizing Possibility of Life Beyond Our Solar System
Swedish Company Ericsson Will Get Money Every Time Apple Sells an iPhone