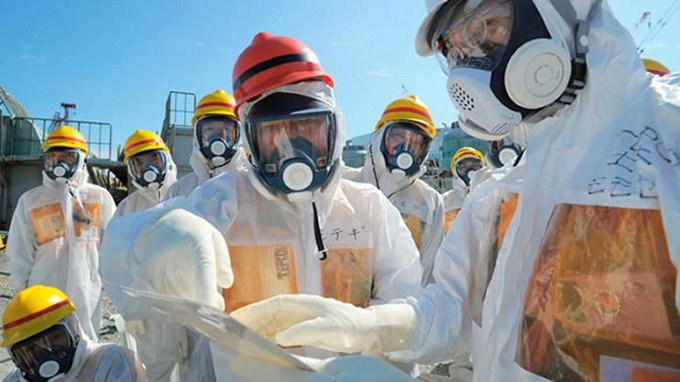 The Great Tohoku tsunami and earthquake that rattled Japan in March 2011 and the subsequent partial meltdown at Fukushima Daiichi nuclear power plant caused a lot of tension and worry for the health and well-being of people in the area. It also threw the safety of nuclear power into disrepute once again, shining a spotlight on the very real dangers and precarious nature of nuclear.

While the catastrophes of Chernobyl were avoided, Tokyo Electric Power Company (TEPCO) came under fire as nearly three years on, their efforts to plug radioactive leaks throughout the plant continue. Today, Fukushima, which is divided into two reactor groups that consist of units 1-4 in one sector and 5-8 in the other, is still very much in disrepair. The newest reports state three reactor cores are still missing, radiated water has been leaking ever since 2011 and 11,000 nuclear fuel rods need to be removed.

The Japanese authorities and TEPCO have a massive task ahead of them. Most recently, the dangerous and intricate task of removing nuclear fuel rods from one of the damaged reactors in the infamous Unit 4 began; an extremely important undertaking in the overall clean-up operation.

The crane for retrieving the rods from their storage pools is currently being built. The fuel rods are long cylindrical tubes holding pellets of uranium or plutonium stored and used when the plant was in normal operation.

Unit 4 was not in operation at the time the tsunami hit and all its fuel rods were being held in storage. However, flooding in Unit 3 caused hydrogen to enter Unit 4, resulting in an explosion and partial meltdown. There were over 1,000 rods in storage.

Still to this day, it is unclear how damaged they are, with some Japanese authorities fearing the worst. The removal of the rods now is vital in fully assessing the dangers and must be removed one by one.

The fuel must be kept in water at all times to avoid heating up because if it does, it will release radiation. To avoid flooding like that from Unit 3, TEPCO is constructing a $450 million ‘ice wall’ to block off groundwater. However, its construction has been called “fatally flawed” by critics of TEPCO and Fukushima.

Fukushima’s clean-up operations are expected to take a number of decades to safely complete. It was just about a week ago TEPCO accepted the U.S.’s offer to aid in cleanup.