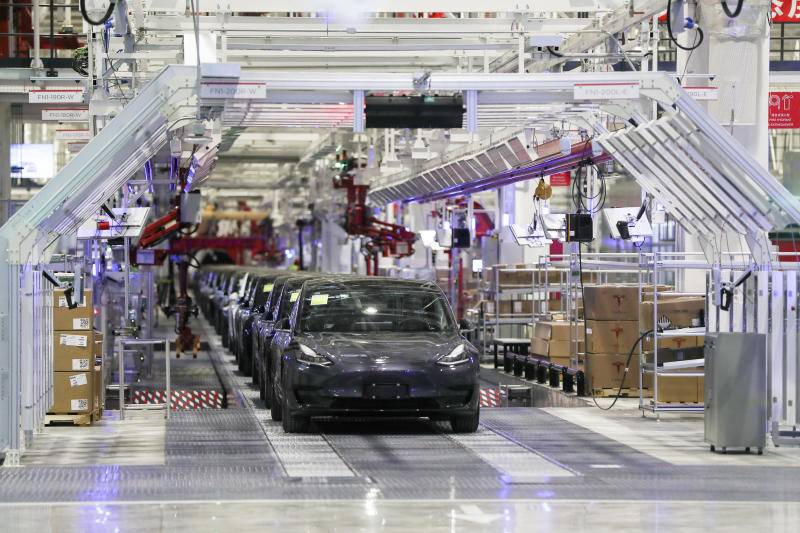 Tesla vehicles are seen on an assembly line at Tesla’s Gigafactory in Shanghai. Tesla stores across Shanghai have been crowded with customers after a new tax break earlier this month, with most orders coming for the most affordable electric vehicle, the Model 3 sedan built at the city’s Gigafactory. – Xinhua/ANN

Tesla’s electric vehicles aren’t only popular in North America. In every country where there is a demand for electric cars, Tesla is at the forefront. China is an excellent example of that, despite its already advanced electric-car industry. In order to lower the production costs of their vehicles, Tesla built a new multi-billion-dollar factory near Shanghai.

Tesla hopes that the move will better equip the company to fight with local carmakers but also established manufacturers such as Mercedes-Benz, BMW, Audi, and PSA (Peugeot-Citroen). The Shanghai factory will produce only the Model 3, which is by far the most popular model in Tesla’s lineup.

Thanks to lower production costs, the Model 3 made in the new plant should be 20% cheaper than the same model made in the U.S. On top of that; the Tesla Model 3 now qualifies for a $3,600 subsidy that the Chinese government gives to electric cars built in the country, and a 10% tax exemption.

Previously, the Model 3 was already at a disadvantage compared to Chinese-built models precisely because it lacked those reductions. The company targets $50,000 for the Model 3 in China, but the price might drop even further in the future.

Next year, they will start using more local parts, which should further reduce the overall price of the vehicle. According to Elon Musk, Tesla will produce around 1,000 cars per week by the end of 2020. Must, in his fashion, even predicted that the plant could produce up to 3,000 vehicles per week in the future.

Tesla’s factory in Shanghai was already well-received by investors – the shares of the company jumped by 0.9%. The company also wants to build a manufacturing plant in Europe, where the demand for electric vehicles continues to grow steadily.

It will be interesting to see how things develop further now that Tesla is becoming a genuine global electric car manufacturer.