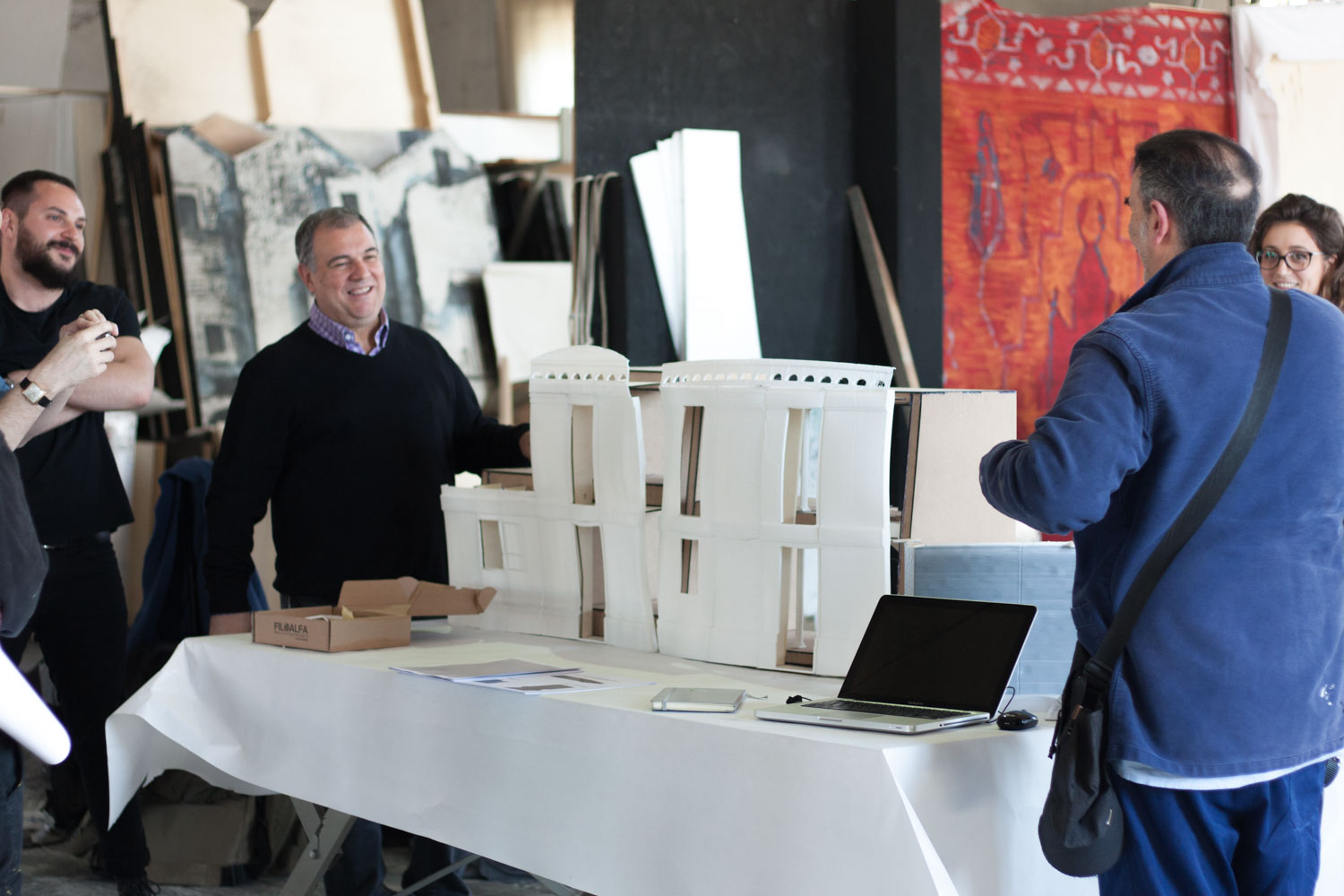 It may be a first in the world of theater: a production of an opera featuring a 3D-printed set. WASP, an Italian 3D printing company, created it for a new production of Daniel Auber’s opera Fra Diavolo in Rome’s Teatro dell’Opera.

3D printing has been used to make some elements of dramatic productions, such as masks and furniture, but creating an entire stage setting takes the idea much further. When asked to make the set, the WASP team was surprised, but it immediately accepted the challenge. Work began in mid-April and concluded in mid-July with the delivery of the components to the theater. The venture started when the scenographer gave WASP a small 3D printed model of two deformed historic buildings. There are two large facades with windows and terraces with a twisted perspective similar to that of some paintings by Salvador Dalí. A distorted perception of reality is a central element of the work, which is reflected in the deformed structures that make up the set. To create the full-size set, the structure had to be subdivided into 223 pieces that could fit into the DeltaWASP 3MT print size, which is a cylinder 1 meter by 1 meter in size. For the job, the WASP team used five printers, working at full speed for three months in the company’s work space.

The biggest challenge was to complete the work before the deadline. Thanks to good planning, and to the speed of the WASP machines, there were no problems. In mid-July the WASP work space floor was completely filled with pieces of the set, made of white PLA, ready to be sent to Rome. After all the parts were delivered to the Teatro dell’Opera, the components were assembled and fixed on a wooden carrying structure. A few small inaccuracies did not compromise the outcome, on the contrary, they emphasized the craftsmanship and the special character of the work. This successful artistic experiment could pave the way for future collaborations between the theater and the 3D printing industry.

This production Fra Diavolo will open on October 8, 2017, in Rome at Teatro dell’Opera. It is directed by Giorgio Barberio Corsetti and conducted by Rory McDonald. It will run until 21.