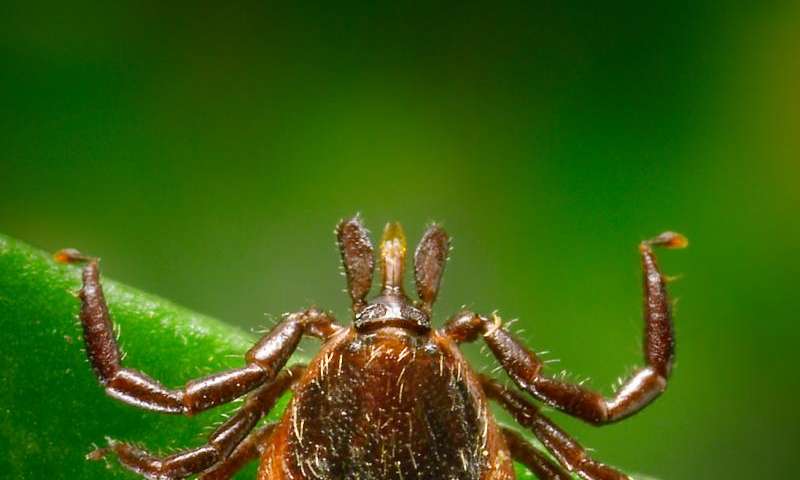 The National Institute of Standards and Technology (NIST) has been able to develop a proof-of-concept study that will help in the detection of Lyme disease by a standard blood test, immediately after the infection. This sneaky method of detection is still in late experimental stages but works far better than the currently available tests in the medical field.

Lyme disease is caused when an insidious tick feeds from human skin. It afflicts at least 300,000 Americans each year. The detection of this tick-borne disease used to be quite a challenge for medical personnel, but this new study can finally be the answer to the current challenges faced by the community. The Lyme bacteria will be easily detected by the methods devised by the team of researchers when all other conventional tests are still negative.

The collaborators for this study are the National Institute of Standards and Technology (NIST), Institute for Bioscience and Biotechnology Research, and Johns Hopkins School of Medicine. They have conducted several tests and recently reported their success in early detection of Lyme disease.

NIST research chemist Larik Turko said in an interview, “Our hypothesis was that Lyme bacteria shed vesicle-like particles — or fragments — derived from the cell wall of the bacteria circulating in the serum of individuals. These particles would contain membrane proteins that can be detected to provide a unique indicator of infection.”

The team faced the challenge of finding out and separating the existence of the protein membrane, which is present in the watery serum of the cell-free compound of blood. The researchers speculated that if they ran the serum through a centrifuge at a high speed, they might be able to selectively concentrate massive fragments of protein membranes into bacterial pallets. This step was primarily conducted to spate the components of the abundant human protein serum. They experimented on the blood extracted from three patients whose tests came back negative from their initial doctor’s visits, but after customization of analytical techniques for differentiating between the chemicals in the serum samples, the team was able to isolate the target protein in all three samples. This experiment means that Lyme disease can now be detected three weeks earlier than through any traditional method or tests available in the medical field.

Study collaborator John Aucott, head of the Johns Hopkins Lyme Disease Clinical Research Center, said in a statement, “The complexity of Lyme disease, combined with lack of biomarkers to measure infection, has slowed progress. Now, thanks to recent advances in technology, the tiniest concentration of blood molecules can now be detected, molecules that were previously ‘invisible’ to scientists.”

The traditional blood tests for Lyme disease can detect it only after the antibodies have manifested in the blood at detectable levels, which can take up to four to six weeks. The tell-tale signs of Lyme disease, such as the bull’s eye rash, can also be a massive indicator, but that occurs in just 20-30% of the patients.

Turko explained this point by saying, “From many candidates, we chose one that is both easily distinguished from human serum proteins and an unambiguous indicator of the bacteria. This protein, which resides on the outer surface of membranes, became the target of our search in serum samples. We believe that this approach may be universally applicable to detection of other bacterial infections in humans.”

How to Promote Your Technology Website Using Webinar Tools