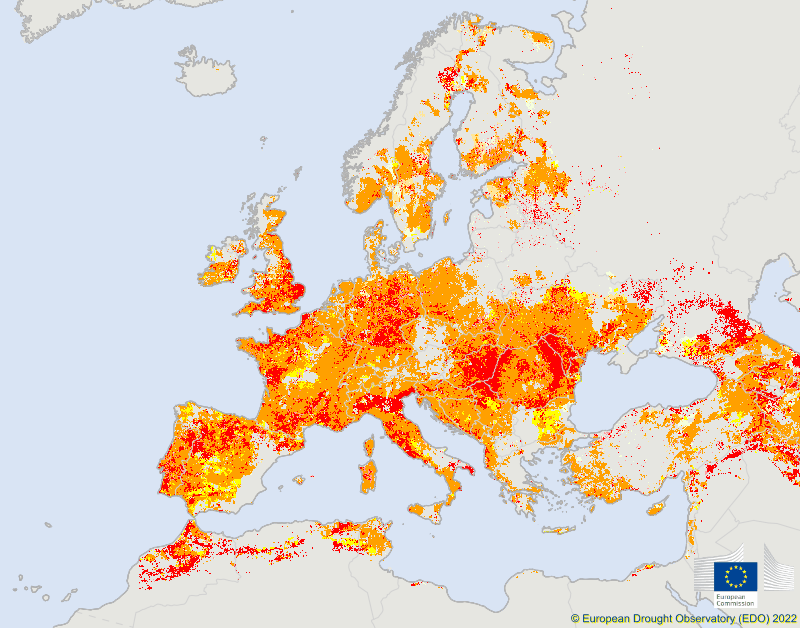 The world is witnessing unprecedented global warming with an increasingly destructive impact on the environment. Europe is warming faster than the rest of the world. 2021 was Europe’s hottest summer on record, and the summer of 2022 matches the trend.

As a result, rivers of the continent are evaporating, water reservoirs have depleted, and soil moisture in the fields has reduced significantly, which will have a severe impact on yields. The unprecedented drought is the worst Europe has seen in five centuries.

Signs of the drought are visible even from outer space

The European weather satellite Eumetsat captured a rare cloud-free view of Europe on Monday (July 18) amid the heatwave.

A comparison of these images with images captured by the European Earth-observing satellite Sentinel-2 in mid-June reveals that a heatwave has engulfed the continent. Large swathes of Europe are not their usual lush green. Moreover, sparking devastating wildfires have ravaged hundreds of square miles of land. 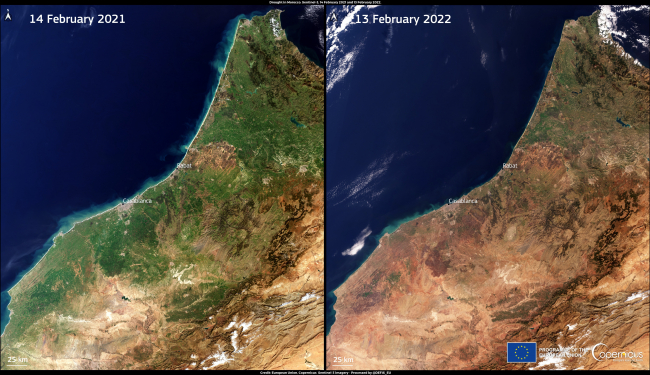 The continent is warming faster than the rest of the world, with average temperatures already 4°F(2.2°C) above pre-industrial levels.

Current drought seems to be largely an effect of man-made greenhouse gas emissions altering atmospheric patterns that form the basis of the local climate.