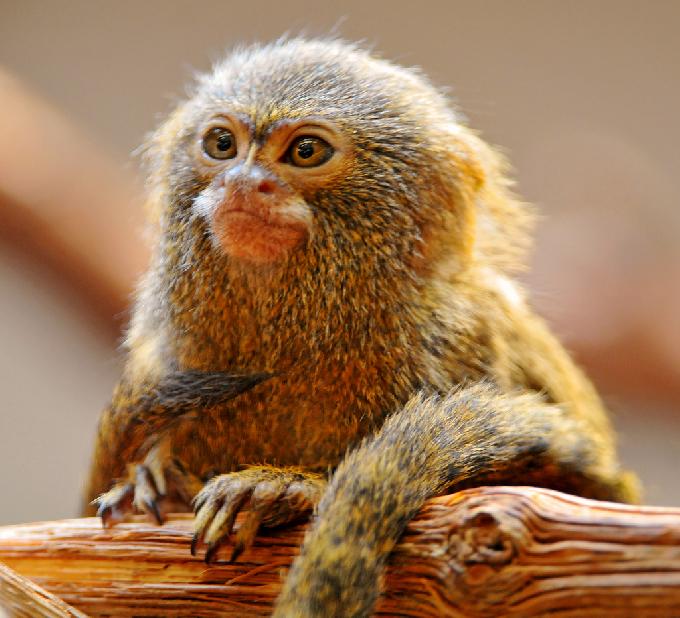 The pygmy marmoset is the world’s smallest monkey. Native to the rainforest of the western Amazon Basin, pygmy marmosets are just 4.6 in. to 6.2 in. long and weigh a little over 3.5 ounces (100 grams) — roughly the size of a large tomato.

This bug-eating primate was first reported on in 1823 by German naturalist Johann Spix, who called it Cebuella pygmaea.

But now, after almost 100 years, it seems that what was once believed to be one species is actually two.

Evolutionary biologists at the University of Salford in the U.K. used genomics to investigate the evolutionary history of the pygmy marmoset. They found that there are actually two separate species of Cebuella pygmaea that diverged from one another around 2 million to 3 million years ago – one type can be found south of the Amazon River and the other one lives in northwest South America.

This research was published in the journal Molecular Phylogenetics and Evolution. The report explains that further experiments could lead to the discovery of multiple other pygmy marmoset species living in other forests.

This discovery changes how scientists look at conservation initiatives because “population numbers essentially are halved when a species is suddenly split in two,” according to the report.

“Luckily for the pygmy marmosets, the forests where they are found are amongst the best-preserved patches of the Amazon,” the report explained.